Advert Has Been Banned For Linking Gambling To Sexual Success

An advert for a betting firm seen on the dating app Tinder has been banned for linking gambling to sexual success. The ad for... 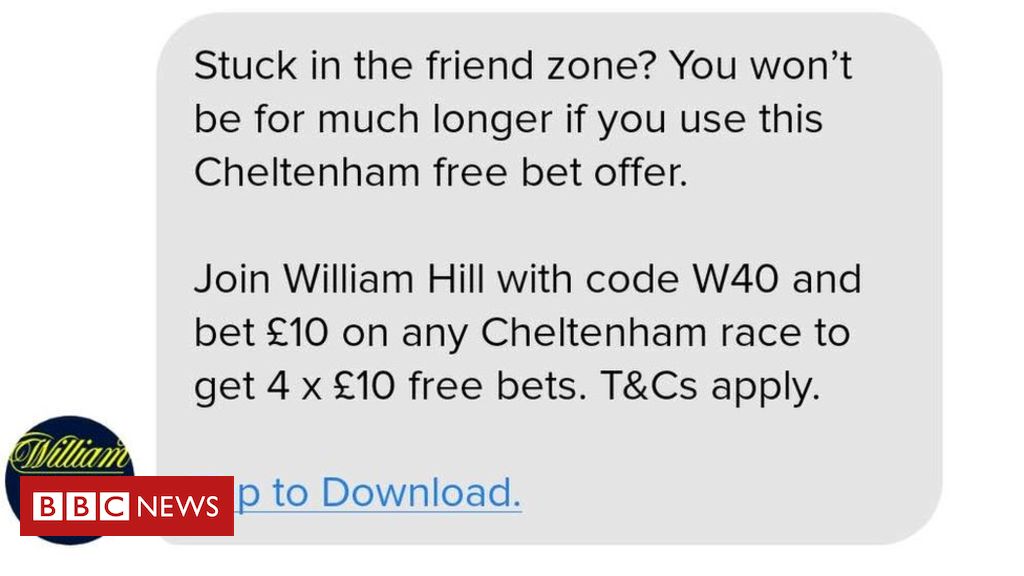 An advert for a betting firm seen on the dating app Tinder has been banned for linking gambling to sexual success.

The ad for William Hill, which was sent as a message to users, read: “Stuck in the friend zone? You won’t be for much longer if you use this Cheltenham [horse racing] free bet offer.”

It was followed by a link to download the William Hill app.

But the Advertising Standards Authority (ASA) said it must not appear again in its current form.

It said that, according to advertising rules, gambling ads must not link betting to “seduction, sexual success or enhanced attractiveness”.

“We considered that the text… suggested that those who gambled would be more likely to develop a friendship into a sexual relationship and therefore linked gambling with sexual success,” it said.

The firm said customers who signed up would “enter into a relationship with William Hill”, and the advert was supposed to relate this to the nature of the business they were advertising on – Tinder.

It said it was not its intention to link gambling to sexual success.

However, upon reflection it agreed the ad could have been misinterpreted and took it down voluntarily.

William Hill said: “We take on board what the ASA have said about this particular advert and have removed it from circulation.”

Tinder meanwhile said it had reviewed the ad before publishing it, finding it was not socially irresponsible, offensive or targeting minors.

Campaigners have been calling for tougher regulation of gambling advertising.

One, the Bishop of St Albans, Dr Alan Smith, said he was “left speechless” by ads like William Hill’s.

“The gambling industry’s approach to self-regulation appears farcical as more of these adverts are exposed. I fear some betting firms are now operating under a ‘don’t get caught’ mentality.

“The ASA’s robust action should be a wake-up call to the industry.”