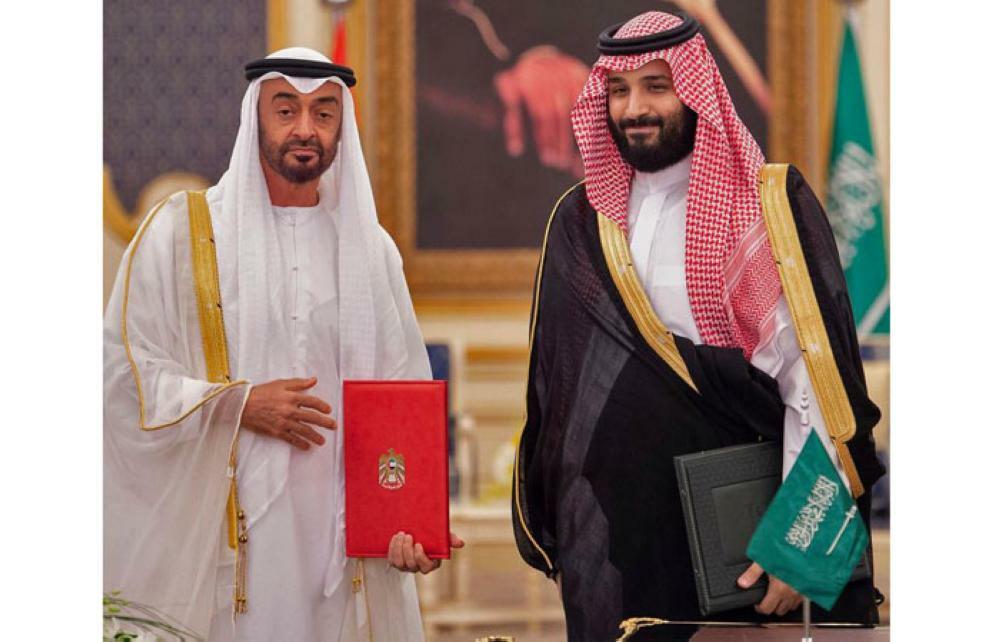 In a statement carried by the Emirates’ official WAM news agency, the crown prince during his brief visit backed a Saudi call for an urgent meeting between the warring parties, saying it “embodies the common concern for Yemen’s stability”.

Prince Mohammed also urged Yemeni factions to “seize this opportunity, and carry out talks to reach a consensus that is in the best interest of Yemen and its people.”

They “reviewed the close relations between the two brotherly countries”, the situation in Yemen and “the various efforts towards achieving security and stability”, it said.

Saudi Arabia and the United Arab Emirates lead a coalition backing Yemen’s government and are ostensibly fighting Houthi rebels on behalf of the government.

But the UAE backs the separatist Southern Transitional Council (STC) which wrested control of Aden from government forces on the weekend after four days of fighting that killed more than 70 people.

Early on Sunday, Saudi Arabia conducted an airstrike against a separatist position in Aden and warned of further attacks if they fail to withdraw from positions they seized in the city.

The head of the STC said he was ready to take part in Saudi-brokered peace talks after clashes with pro-government forces killed dozens in second city Aden.

Separatist leader Aidarus al-Zubaidi also said late Sunday that he was committed to a ceasefire in Aden, where the separatists have seized the presidential palace and army camps.

Last week’s fighting pitted the UAE-trained Security Belt Force dominated by fighters who back the STC – which seeks independence for south Yemen – against loyalist forces.

For the past five years both camps, backed by a military coalition led by Saudi Arabia and the United Arab Emirates, have been engaged in a war against Iran-aligned Houthi rebels.

Separatist fighters were left with “only two options: either self-defence, or surrender and accepting the liquidation of our just cause,” Zubaidi said, according to an English translation of his comments posted on the STC website.

Yemen’s government has accused the STC and the UAE of staging a “coup” against it.

Separatists and government soldiers have theoretically been allied in a Saudi-led coalition against the Houthi rebels since 2015.

The amount of weapons and ammunition found with loyalist forces were “sufficient to fight the Iranian Houthi enemy on all fronts without coalition support for at least 12 months”, Zubaidi said.

But he voiced the “readiness” of separatists “to work responsibly with… Saudi Arabia in managing this crisis” and to “attend the meeting called by the kingdom of Saudi Arabia with full openness”.

“We renew our commitment to continue the ceasefire” which the coalition called for on Saturday, he added.

‘Civil war within a civil war’

Both the Yemeni government and separatists said Sunday they backed Riyadh’s call for dialogue and a suspension of the fighting, which threatened to deepen the country’s humanitarian crisis.

There have been no reports of clashes since then.

In July the UAE authorities announced their intention to draw down their deployment to Yemen – but stressed they were not quitting the country entirely.

Since the fighting flared on Thursday, around 40 people have been killed and 260 others wounded including civilians, according to the UN.

Since 2015, fighting between the Houthis and Yemeni loyalists backed by the Saudi-led coalition has killed tens of thousands of people, mostly civilians, aid agencies say.

The country is in the grip of a humanitarian crisis because of the raging conflict, according to the UN which estimates that almost 80 percent of Yemen’s 24.1 million are in need of assistance.

South Yemen was an independent state until 1990. Strong resentment remains among southerners towards northerners who they accuse of imposing national unification by force.

The latest incidents are not the first example of southern separatists opposing forces loyal to Hadi.

Saudi Arabia and the UAE appear to have diverging interests in Yemen, where the stalemated war has spawned the world’s worst humanitarian crisis and drawn mounting criticism in Washington.

Saudi Arabia views the Houthis as a major national security threat, in part because the rebels have launched numerous cross-border missile attacks targeting its capital and other cities.

The UAE, which recently began withdrawing troops from Yemen, appears more interested in securing its interests in the south – which lies along major trading routes linking Africa to Asia – than waging a war that appears increasingly unwinnable.