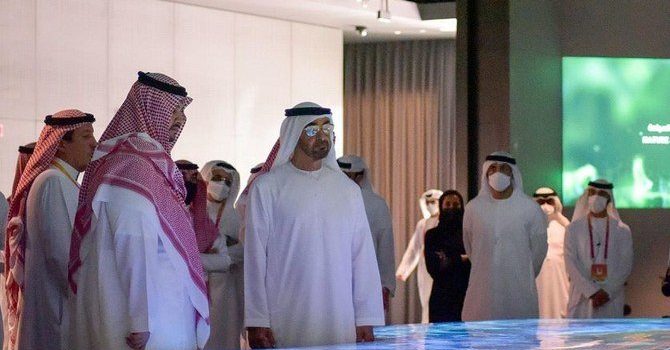 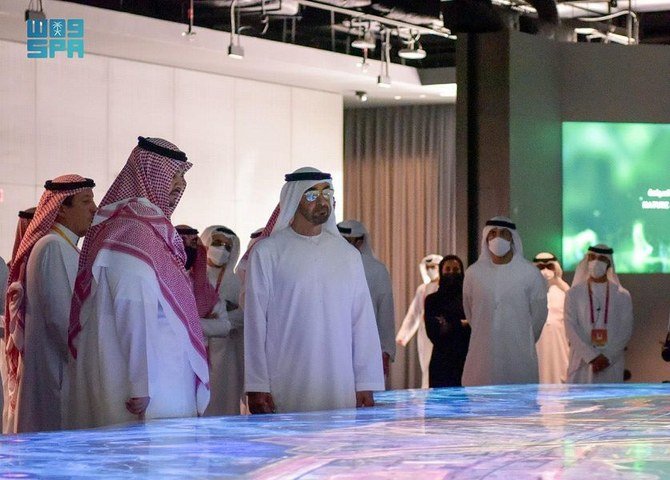 Sheikh Mohamed bin Zayed accompanied Prince Turki on a tour of the pavilion, which rises six stories above the ground and features a 1,320 square-meter inclined mirrored screen. The Kingdom’s pavilion was designed to showcase Saudi Arabia’s ancient culture, heritage, the wonders of its natural landscape as well as the rapid drive and innovation of its present and future ambitions.

Prince Turki also held a meeting with Sheikh Mohammed bin Zayed inside the pavilion and conveyed the greetings of King Salman and Crown Prince Mohammed bin Salman and their wishes to the UAE people for steady progress and prosperity.

Prince Turki bin Mohammed bin Fahd congratulated Sheikh Mohammed bin Zayed on launching Expo 2020 Dubai, which has been billed as the world’s greatest show and opened its gates on Oct. 1 with more than 200 countries and companies from around the globe.

During the meeting, the two leaders discussed the distinguished bilateral relations the countries share and ways to improve them.