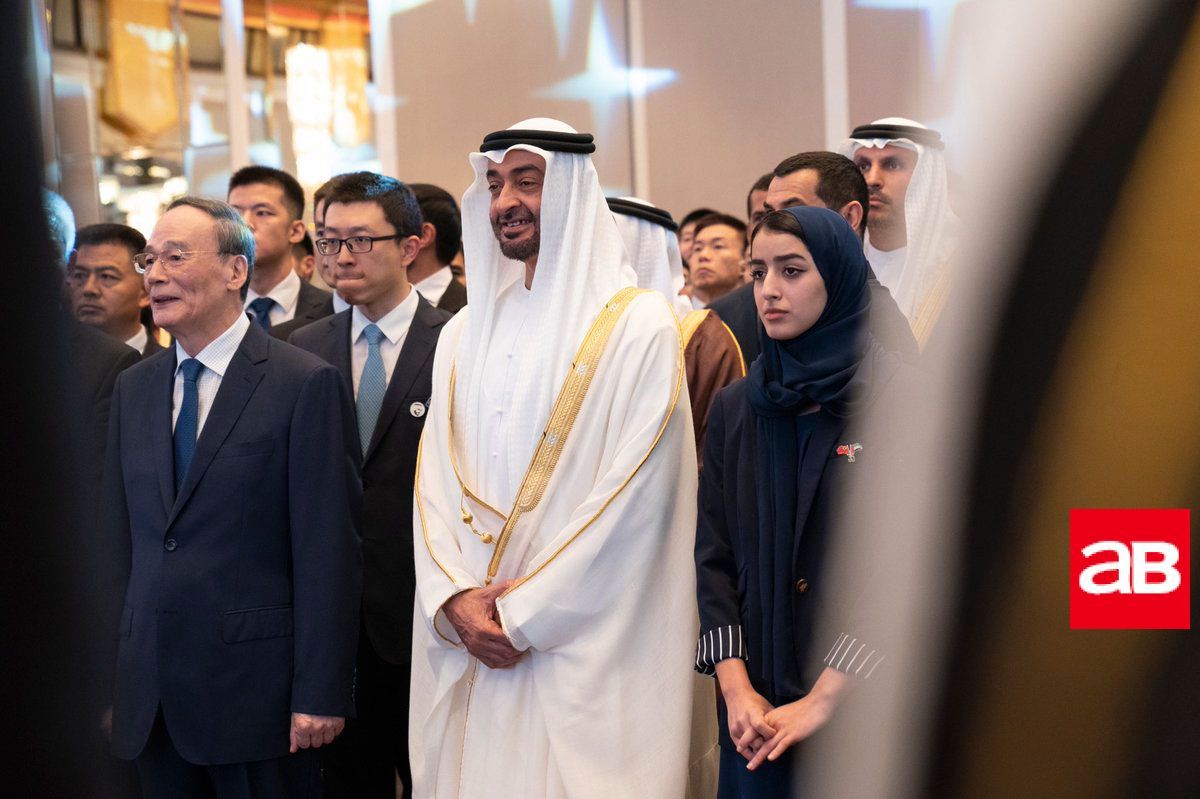 During the visit, Sheikh Mohamed met with Chinese President Xi Jinping, with whom he discussed a number of regional and international issues of common interest.

The visit of Sheikh Mohamed and his delegation also saw the signing of a rash of MoUs in in diverse areas including the economy, trade, investment, technology, artificial intelligence, culture and education, as well as on protecting the environment and achieving food security.

The two countries also agreed to strengthen cooperation in e-commerce and emphasised the growing importance of air transport between the two countries, calling on local aviation authorities to look into expanding flights.

Additionally, China and the UAE vowed to enhance the exchange of technological experts and labs, particularly those focused on areas such as AI, space and satellites.

Among the most active UAE companies, participating in Sheikh Mohamed’s visit was the Abu Dhabi National Oil Company (Adnoc), which on Tuesday signed a partnership framework agreement with China’s Wanhua Chemical to explore the collaborative development of downstream sector opportunities in both the UAE and China.

Under the terms of the agreement, the two companies will establish an LPG shipping joint venture, building on an existing 10-year LPG contract signed last year. The two also agreed to explore and development JV opportunities in the UAE and China.

In another notable agreement, The Abu Dhabi Investment Office (ADIO) has signed a strategic partnership agreement with China-based AI company SenseTime to establish the firm’s EMEA research and development centre in Abu Dhabi.

China and the UAE established diplomatic relations in 1984. Sheikh Mohamed’s visit to China marks his fourth visit to the country. His last visit was in 2015. President Xi, for his part, visited the UAE in July 2018.

“The truth is that our relations didn’t begin 35 years ago only, but they started with our Arab ancestors. Our history extends back thousands of years,” Sheikh Mohamed said on Tuesday.

“During our visits and meetings with my friend Xi Jinping, President of China, we have been able to strengthen the special and strategic relations to build bridges of co-operation between the two countries,” he added.

Sheikh Mohamed added that “the two sides are laying pillars of a road map for the next 100 years, beginning with steps to teach the Chinese language in more than 200 schools in the UAE.”