A Year After Victory, PM Mahathir Gets Mixed Result on Malaysia’s Economy

SINGAPORE/HONG KONG (BLOOMBERG) – A year after a shock election win, Malaysia’s government is fighting perceptions that its management of the economy deserves poor... 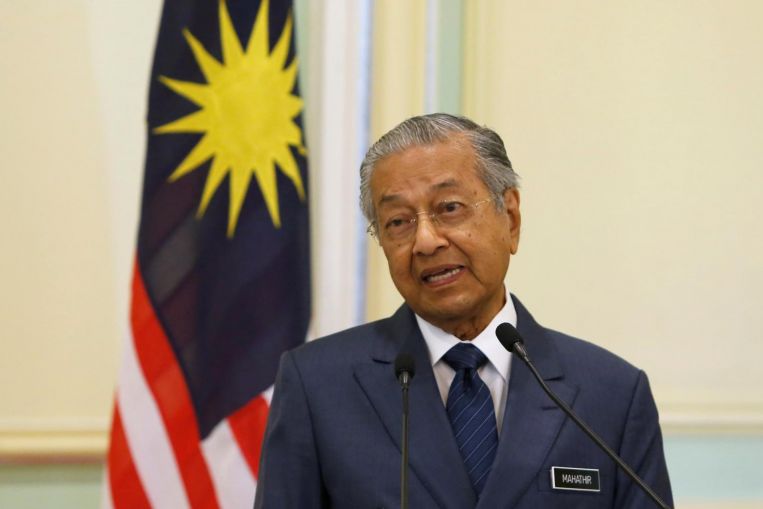 SINGAPORE/HONG KONG (BLOOMBERG) – A year after a shock election win, Malaysia’s government is fighting perceptions that its management of the economy deserves poor marks.

Prime Minister Mahathir Mohamad and his team have spent much of their first year pledging to clean up the government’s finances in the wake of the scandal around the state investment fund 1MDB.

They were saddled with a bigger fiscal hole than expected and state entities needing more than US$5 billion in rescue funds.

The jump in sentiment following Mahathir’s win has steadily waned. The government has made slow progress in boosting revenue and identifying new growth drivers for an economy stuck in a middle-income trap.

The administration scored negative or mediocre grades on six of 10 categories across the economy, according to a Bloomberg survey of economists conducted April 23 to May 3.

Mahathir’s team received the worst grade for government revenue, with two of 12 economists judging the government “poor” in that category, and seven assigning a “below-average” rating.

“Investor sentiments have swung from euphoric to frustration” since the government took power last May, said Hak Bin Chua, an economist at Maybank Kim Eng Research in Singapore.

“To be fair, Mahathir inherited a fragile fiscal balance sheet and a ballooning debt burden that was worse than expected,” though the government might have over-promised on what they could deliver, he said.

For the first time since the Mahathir administration took power last May, a majority of voters sees the country headed in the wrong direction, according to a March 5-11 poll by Merdeka Centre, a research company based in Selangor, Malaysia.

The random poll includes 1,204 voters aged 21 years and older across all states in the country.

Even so, the government points to its solid credit ratings to show it still has the backing of investors.

“The foreign community and international fund managers still have confidence in us – that we can turn things around,” Finance Minister Lim Guan Eng told reporters April 28 when asked about the approval ratings in the survey, according to a report by the Star Online.

Here are the main tension points for Malaysia’s weakening economic and investment outlook:

Mahathir pushed the budget deficit to a five-year high of 3.7 per cent of gross domestic product last year, and projecting it would be trimmed to 3.4 per cent in 2019.

While the administration’s scrapping of the goods-and-services tax slashed its revenue, they’re counting on state oil company dividends and a range of fresh taxes to plug the hole.

Moody’s Investors Service – which affirmed Malaysia’s rating at A3 in December – sees the economy’s resilience and debt funding as fragile.

The government has narrower revenue sources thanks to a credit-negative abolition of the GST, and is now more reliant on oil-related and non-tax revenues, according to Moody’s analyst Anushka Shah.

Debt affordability is weak, with interest payments accounting for 13.1 per cent of revenues in 2018 – far higher than the A-rated median of 5.6 per cent, she said.

Rising oil prices may help to mitigate some of the risks to the budget, but weaker global growth could weigh on Malaysia’s economy and export prospects this year, said Stephen Schwartz, head of Asia-Pacific sovereign ratings at Fitch Ratings.

Investors have turned more bearish on Malaysia this year, with the ringgit sliding against the dollar and equities among the worst performers in Asia.

Bonds have also taken a knock on news that Norway’s sovereign wealth fund will cut emerging-market debt including Malaysian securities, and FTSE Russell warned it may drop Malaysia from its world bond index.

“The stock market’s lagging, the currency’s lagging, the exports are lagging” and there’s “not much going on that’s giving investors confidence,” said Arv Sreedhar, a Singapore-based executive director and general counsel at Atlantic Partners Asia, a financial consultancy and investment firm primarily catering to high-wealth investors.

Mahathir has made a renewed push to lure investors, having pulled back from a hard-line stance on China from earlier in his term and renegotiating a prized US$11 billion rail deal along the east coast.

He said April 28 that he’s considering Chinese companies’ request for a one-stop centre to facilitate investments in Malaysia.

The growth outlook has weakened this year on the back of subdued global demand and rising trade tensions, though the government is still betting it can achieve 4.9 per cent expansion in 2019, up from 4.7 per cent last year.

Over the longer term, analysts point to a lack of growth drivers.

While expansion in the range of 4.4 per cent to 4.7 per cent might still be “relatively robust,” the government needs policies to lift potential growth rates and boost education and labor markets, said Cassey Lee, coordinator of the regional economic studies programme at the ISEAS Yusof Ishak Institute in Singapore.

Inflation has been very subdued in the past year, mainly due to the scrapping of the GST and lower fuel costs, with consumer prices even contracting in January and February.

Earlier this week, the central bank cut its benchmark interest rate for the first time since 2016, a pre-emptive move to help spur the economy.