Confab will work toward creating international coalition amid growing tensions with Iran in the Gulf A US-backed conference on naval security scheduled to take... 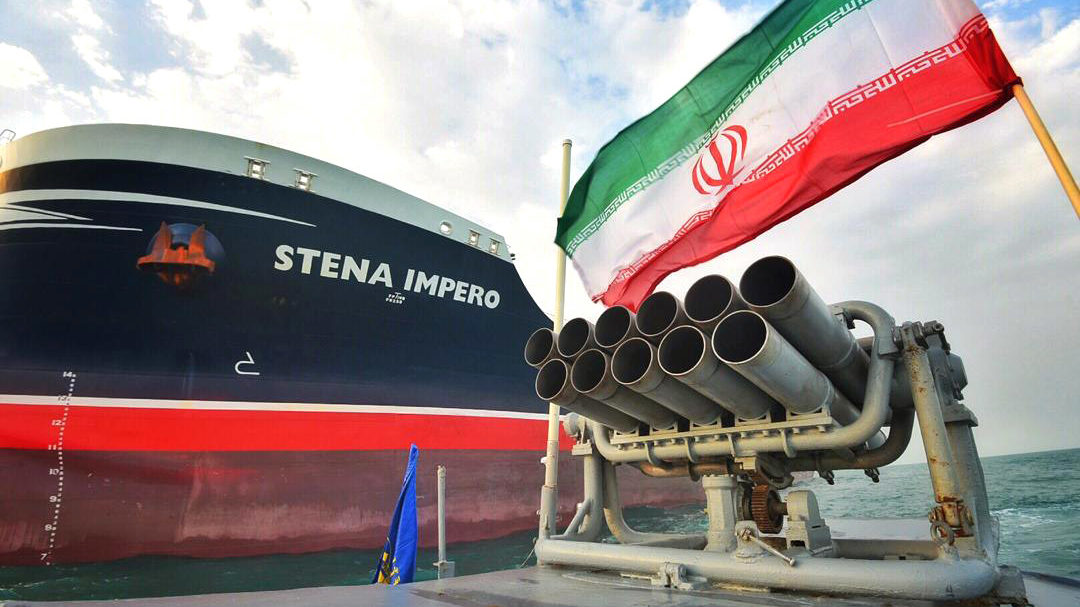 A US-backed conference on naval security scheduled to take place in Bahrain this fall will act as a symbolic show of international unity as Washington tries to create a multi-nation coalition to contain growing tensions in the strategic Gulf.

For the time being, at least, according to an Israeli analyst, the emphasis is on “symbolic,” though that could change at any moment following the seizure of a British-flagged tanker by Iran at the end of last week.

“It will be very symbolic by nature…. You already have [international] naval base infrastructure [in Bahrain], and the navies know how to work together; they have been working together for many years,” Dr. Yoel Guzansky, a senior fellow at the Tel Aviv-based Institute for National Security Studies and a former advisor to the Israeli National Security Council, told The Media Line. “[But] this is just adding to the emergency situation and the necessity of trying to solve things. It highlights [the fact that] the situation is deteriorating faster than [expected] and diplomacy is lagging behind events in Gulf.”

Bahrain hosts the headquarters of the US Fifth Fleet, and a British Royal Navy base opened in the kingdom in April 2018.

Guzansky noted that the conference would be a follow-up to a gathering to discuss the Iranian situation held in Warsaw in February, which 65 Arab and European countries attended.

Cem Gurdeniz, a retired Turkish Navy rear admiral, told The Media Line in an email that as a continuation of the Warsaw conference – where he said there had been minimal participation by EU states – the Bahrain conference would “seek to manipulate past and existing events to further polarize the situation in the Gulf, which will serve Israeli geopolitical objectives.”

Gurdeniz said that despite expectations of the US and its Gulf allies, the upcoming gathering would have minimal impact on the current situation. He used the word “staggering” to describe the American decision-making apparatus.

“A couple of weeks ago, [President Donald] Trump said that the US will not support the protection of sea lanes and communications in the area, and invited the concerned parties to protect their tankers and shipping. Now there is a conference calling for maritime security in the region,” he said.

He stated that Qatar was now at odds with the US and promoting political and economic relations with Iran despite hosting American military bases, which added to the feeling that Washington’s policy in the region was “vague.” In addition, US public opinion, heavyweight EU members such as Germany and France, and other EU states were opposed to sanctions or active military intervention against the Islamic Republic.

“They know that this intervention would create enormous repercussions for world energy stability as well as economic balance,” he wrote to The Media Line. “Therefore, other than GCC [Gulf Cooperation Council] members (excluding Qatar) and some staunch allies of the US like Poland, Romania and Israel, most of the Western public is not ready for a new coalition, which this conference would aim [toward building]. In sum, the impact of this conference will be counterproductive.”

The members of the GCC are Saudi Arabia, Bahrain, the United Arab Emirates, Kuwait, Oman and Qatar.

The Bahrain conference so far has no exact date or final list of invitees.

“This [conference] is another… effort by the Trump administration to rally Arab and other nations against Iran,” INSS’s Guzansky told The Media Line. “Iran is sensitive to larger coalitions and is always trying to drive a wedge between the US and its partners. I think Iran probably won’t be happy.”

The announcement of the conference by Bahrain’s foreign minister, Sheikh Khalid bin Ahmed Al Khalifa, on July 17, came just days after a Panamanian-flagged oil tanker – which earlier was thought to be owned by the UAE – went missing near the strategic Strait of Hormuz, which sees the transit of 22 million barrels of oil every day. Iran said it had seized the ship, the MT Riah according to media reports, for smuggling fuel.

The US accused Tehran of perpetrating numerous other attacks on vessels in the Gulf over the past two months in which oil tankers belonging to American allies were attacked off the coast of the UAE and in the Gulf of Oman.

Earlier in July, British Royal Marines took control of an Iranian tanker, Grace 1, off the coast of Gibraltar on suspicion that it was breaking European Union sanctions by transferring oil to Syria. In response, Iranian President Hassan Rouhani warned that London would face “consequences.” Indeed, on July 10, a British-flagged tanker was harassed by Iranian military boats, which backed off only when an accompanying British warship intervened.

But last Friday, Iran’s Islamic Revolutionary Guard Corps commandeered the British-flagged tanker Stena Impero in the Strait of Hormuz. The IRGC released a video over the weekend showing how commandos rappelled from a helicopter onto the tanker’s deck. The ship and its 23-man international crew were reportedly taken to Iran’s Bandar Abbas port.

Another oil tanker flying a Liberian flag and operated by a Glasgow-based firm, named in media reports as the Mesdar, stated at the same time that it had been boarded by armed Iranian forces but was permitted to continue on its way.

“The seizures of the tankers in the region are part of a great geopolitical game where common US-Israeli interests override the world’s much-needed peace and stability in the Middle East. The world should press… the US not to take military action in the region in which destabilizing effects in every angle, be [they] economic or geopolitical, would be enormous,” Gurdeniz, the retired Turkish admiral, told The Media Line.

“Israel should be convinced that its security needs can be satisfied through dialogue with Iran and new understanding on the Palestine issue,” he continued. “Iran should cease uranium enrichment activities, thus not provoking the other regional states such as Saudi Arabia to become… nuclear [powers].”