Not since Iraq’s invasion of Kuwait 29 years ago has a security crisis in the Gulf done as much to impact oil prices as... 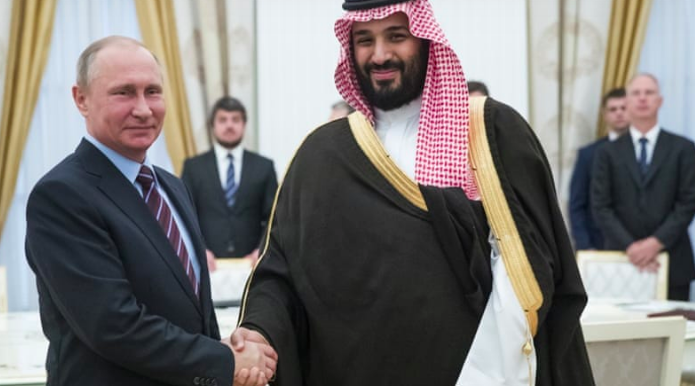 Not since Iraq’s invasion of Kuwait 29 years ago has a security crisis in the Gulf done as much to impact oil prices as the highly destructive attacks against Saudi oil facilities on 14 September.

The culprits targeted Saudi Arabia’s oil installation at Abqaiq – the world’s largest oil facility of its kind – and the Khurais oil field, exposing the Kingdom’s vulnerabilities in an unprecedented manner.

At this point, many unanswered questions surround the Aramco attacks. Unclear are where the attacks originated, which actor(s) carried them out, and which weapons were used.

Although the Houthis claimed responsibility, and two days later vowed to continue targeting such infrastructure in the Kingdom with missiles and drones, the group has a record of trying to take credit for attacks against Saudi Arabia that came from Iraq, not Yemen.

Furthermore, the fact that the Abqaiq’s west-northwest facing sides were damaged also suggests that the missiles and/or drones came from Iraq, where a host of heavily armed Iranian-backed Shia militias are powerful.

Regardless of which actors were behind the Aramco attacks, they represent major challenges for Saudi policymakers as Riyadh decides how to respond. At stake are Saudi Arabia’s oil production capacities, as well as the prospects for a successful Aramco IPO, and major questions about the country’s ability to lead OPEC while holding the cartel together.

That Saudi Aramco said that its oil deliveries to China and other customers “will be delayed” speaks volumes about the magnitude of the economic problems that the Kingdom is addressing in the aftermath of the attacks targeting the heart of its oil sector.

With two-thirds of the Kingdom’s oil production going through the Abqaiq plant, which processes one-sixth of global oil production, there is a history of this installation being a target for non-state actors. In 2006, for example, al-Qaeda attempted to attack Abqaiq, but never before has an actor successfully struck the installation.

The immediate surge and the potential for a sustained spike in oil prices has left many nervous about growing volatility in the global economy against the backdrop of the US-China trade war.

The unpredictable Trump administration could also respond in a way that would cause tensions in the region to escalate out of control, and thwart the president in his goal of winding down US military engagements in the Middle East.

Unquestionably, the Aramco attacks, which hit the engine of the Saudi economy, have already dangerously escalated tensions in the Gulf and greater Middle East. They also underscore how the stalemate resulting from the US and the Islamic Republic’s brinkmanship is unsustainable.

As experts such as Hussein Ibish of the Arab Gulf States Institute in Washington (AGSIW) contend, both the Trump administration and Iran’s campaigns of “maximum pressure” and “maximum resistance”, respectively, maxed out over the summer.

While Iran has ramped up its rhetoric and vowed to resist Washington, the economic crises in Iran fueled by sanctions are squeezing the country and creating major social and political internal pressures.

Yet given the extent to which hardliners hold power in Tehran, it is doubtful that the Islamic Republic will cave under Trump’s pressure, even with Bolton no longer on the scene.

At the same time, even more moderate figures in Tehran question whether the US would ease its pressure if Iran made painful concessions, thus there is little political will in the Islamic Republic for capitulating to the White House as Shireen Hunter explains.

Within this context, Iran’s conduct illustrates how the country’s leadership believes that only through escalation of tensions in the region can Tehran make Washington and its allies such as Saudi Arabia pay a higher price for continuing to back Trump’s “maximum pressure” agenda.

Whether tensions between the US and Iran will escalate further or ease through a negotiated de-escalation that accommodates some interests of both sides remains to be seen. Regardless, it appears that Russia is in a strong position to gain from the Aramco attacks.

While President Vladimir Putin was in Ankara meeting with his Turkish and Iranian counterparts for talks on the Syrian crisis, he took advantage of a chance to make “a sales pitch, or at least enjoy a joke, at the expense of the West” as David Kirkpatrick put it.

He also declared that Russia is “ready to help Saudi Arabia protect their people” before warning Riyadh of the “need to make clever decisions, as did Iran did by buying our S300, as Mr Erdogan did by deciding to buy the most advanced S400 air defense systems… These kinds of systems are capable of defending any kind of infrastructure in Saudi Arabia from any kind of attack.”

Similar to the symbolic engagement between Putin and Crown Prince Mohammed bin Salman (MbS) at last year’s G20 summit in Argentina, the Kremlin is sending Saudi Arabia a message that Russia is a go-to power for Arab states that seek enhanced security and that Moscow. Unlike western capitals, it is not in the business of lecturing countries like Saudi Arabia on human rights issues.

Notable is the success with which Russia has also positioned itself as an indispensable mediator in relation to the Yemeni crisis and other conflicts in the Arab world, underscored by Kuwaiti requests for greater Russian mediation vis-a-vis Yemen.

By maintaining respectful and cooperative relations with the Houthi rebels and their sponsors in Iran, Yemen’s Saudi-backed and internationally-recognised government, as well as the Abu Dhabi-supported Southern Transitional Council (STC), Russia has played nearly all sides of Yemen’s multisided civil war to Moscow’s advantage.

Despite Putin refusing to provide MbS with Russian backing for Operation Decisive Storm back in 2015, while Moscow has hosted Houthi delegations since the civil war erupted, Russia is trying to convince the Saudis that their protection from Houthi missiles and drones can come through Moscow, not Washington.

Looking ahead, while analysts debate whether the Aramco attacks most likely originated in Iraq, Yemen, or even Iran, the Saudis realise how they are vulnerable to similar operations. The risk of such a series of attacks repeating themselves leaves MbS extremely nervous. If such attacks become more frequent, the Crown Prince’s ambitious Vision 2030 agenda will inevitably suffer, too.

There is some doubt in the Saudi Kingdom over Trump’s commitment to Saudi security, as well as the future of Washington’s role in Arabian Peninsula security architecture in the post-Trump era.

Within this context, Putin has captured yet another opportunity to exploit a wedge in the US’ relationship with an influential Arab state that has historically maintained special ties with Washington.

Indeed, one of the major geopolitical consequences of the Aramco attacks could be a closer Saudi-Russian partnership that comes at the expense of US influence and credibility in the eyes of the Al-Saud rulers in Riyadh.