A number of migrants in Libya have been moved to a detention centre in the capital that was hit with an airstrike earlier this... 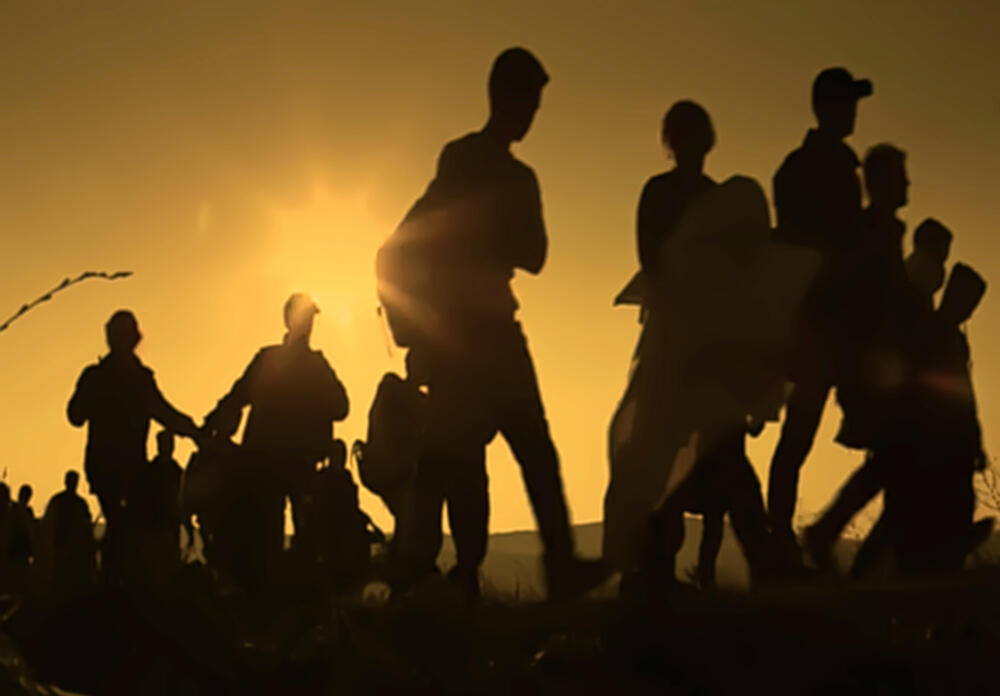 A number of migrants in Libya have been moved to a detention centre in the capital that was hit with an airstrike earlier this month, despite a risk it could be hit again, Medecins Sans Frontieres (MSF) said on Friday.

Some 95 migrants were rounded up from other detention centres in the city and moved to the Tajoura centre in Tripoli on Thursday, the group said, the site that was struck in a deadly raid that killed more than 50 people on July 3.

The centre had been evacuated earlier in the week out of fear it could be struck again, following appeals from the United Nations.

But an official from the centre said it has now “resumed work and started receiving more migrants,” though he declined to provide further details.

Sam Turner, MSF’s Libya head of mission, said it was an “outstanding contradiction” for migrants to be released from the unsafe centre, only for more to be brought in just days later.

“The Tajoura detention centre does pose a very high risk of being targeted as part of the wider conflict, in addition to the risks that refugees and migrants are exposed to by the conflict in general and by the conditions of detention,” he said.

According to UN figures, around 50,000 refugees and asylum seekers now live in Libya, along with 800,000 migrants.

The GNA and its arch-foe, militia leader Khalifa Haftar traded blame for the deadly assault.

But despite a storm of outrage, a divided UN Security Council failed to unanimously condemn the attack in an emergency meeting after the US failed to endorse a proposed statement.

Migrants from Algeria, Morocco, Sudan, Somalia and Mauritania as well as other African nations were among the victims, Amin al-Hachmi, a spokesperson for the GNA health ministry said.

The majority of migrants at the centre in Tajoura, a suburb east of the capital Tripoli, were from Eritrea and Sudan.

UN High Commissioner for Refugees Filippo Grandi and International Organisation for Migration director Antonio Vitorino in a joint statement at the time said “5,600 refugees and migrants currently held in centres across Libya be freed in an orderly manner and their protection guaranteed.”

Failing that, they should be “evacuated to other countries from where accelerated resettlement is needed,” their statement said.

The statement also insisted that migrant rescue ships operated by non-governmental organisations “must not be penalised for saving lives at sea, urging resources were also needed to allow any migrants who wished to return home to be able to do so.

“Commercial vessels must not be directed to bring rescued passengers back to Libya,” either, it added.

In late June, Italian authorities on the island of Lampedusa seized a rescue ship belonging to German aid group Sea-Watch which had forced its way into port with dozens of rescued migrants on board and arrested its captain, Carola Rackete.

She was subsequently freed on bail, but still faces charges of helping people smugglers and resisting the authorities after forcing her way past Italian customs vessels.

According to the IOM, of the more than 600 migrants detained in Tajoura, 187 were registered with its “Humanitarian Voluntary Return” programme, which helps migrants go back to their home countries.

“The IOM continues to call for an end to the arbitrary detention and reminds all parties that civilians are not a target,” it said in a statement.

Some 3,300 migrants are still detained in and around the Libyan capital in centres “considered at-risk” in light of the fighting between the opposing forces of Hafter and the GNA, the IOM added.

Rights groups say migrants face horrifying abuses in Libya, which remains prey to a multitude of militias vying for control of the oil-rich country.

Their situation has worsened since Haftar – supported by the UAE, Egypt and Saudi Arabia – launched on 4 April an offensive to conquer Tripoli, where the Turkey-backed GNA is based.

UN agencies and humanitarian organisations repeat regularly their opposition to the return of migrants arrested at sea to Libya, where they find themselves in “arbitrary detention” or at the mercy of militias.

The North African country that has been wracked by chaos since the 2011 uprising against dictator Muammar Gaddafi.