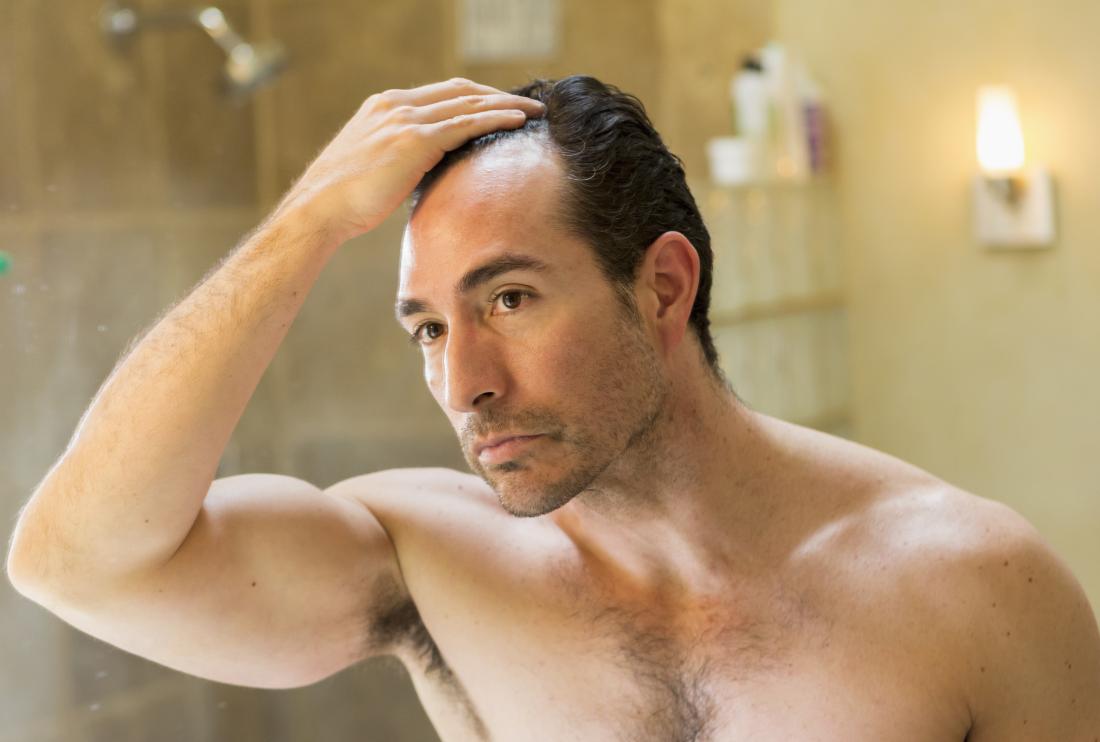 A large number of people around the world experience hair loss in one form or another, either due to natural causes or as a side effect of medical therapy. In many of these cases — especially in individuals with natural hair loss — the process is not reversible.

Studies have shown that hair loss can have a significant effect on the self-image and quality of life of both women and men, as most cultures place a lot of importance on natural hair.

Despite this, treatment options for people with hair loss can be hit-and-miss, and some individuals may require more targeted interventions, such as a hair transplant.

This procedure involves the transplantation of hair follicles from one part of a person’s body to another. However, new and more sustainable options for hair regrowth may now be on the horizon.

Some recent research has focused on using stem cells to grow new, natural human hair, but the experiments have relied on using mouse skin as the “planting ground” for these cells.

Now, for the first time, a team of researchers from the Columbia University Medical Center in New York, NY, has devised a method of growing new human hair. Instead of relying on skin, they used 3D printing methods.

The researchers explain that their successful experiment was a first in more than one way. Scientists have been able to grow rat and mouse hairs independently in the lab, but they have been having trouble achieving the same with human hairs.

Planting the ‘seed’ of new hair

Christiano and team wondered whether they would be able to stimulate the growth of new hair in the lab by creating an environment similar to that which human hair cells naturally occupy.

Their first try involved creating small cell spheres and suspending them inside drops of liquid. Then, they implanted these spheres into mice to see whether hair would grow. The researchers were unsatisfied with this approach because although some of the implanted cells formed new hair, others failed to develop.

Next, the team decided to experiment with 3D printing techniques to see if they could create a microenvironment that mimicked the natural environment of human hair follicles more closely. The investigators report their process, as well as their results, in a study paper that appears in Nature Communications.

Christiano and colleagues ended up creating plastic molds with projecting extensions that were half a millimeter wide.

“Previous fabrication techniques have been unable to create such thin projections, so this work was greatly facilitated by innovations in 3D printing technology,” explains first author Hasan Erbil Abaci.

Next, the researchers managed to get human skin to grow around the mold. They placed hair follicle cells that they had collected from volunteers inside it, adding keratin-producing cells on top. Finally, they stimulated growth by adding in various growth factors.

This assay was successful — in no more than 3 weeks, the cells generated human hair follicles that were able to start growing hair.

The researchers note that this process is still far from perfect. Nevertheless, it has the potential to establish a sustainable source of natural hair for transplants and to provide hair to any person who may need it.

“That [would expand] the availability of hair restoration to all patients — including the 30 million women in the United States who experience hair thinning and young men whose hairlines are still receding. Hair restoration surgery would no longer be limited by the number of donor hairs,” says Christiano.

The researchers point out that growing human hair in this way, in the laboratory, could also be helpful in pharmaceutical research, giving investigators more freedom to search for or test new hair growth drugs.

“What we’ve shown is that we can basically create a hair farm: a grid of hairs that are patterned correctly and engineered so they can be transplanted back into that same patient’s scalp.”

While most of the researchers who took part in this study declared no competing interests, Angela Christiano and Colin Jahoda specified that they are founders of Rapunzel Bioscience, a biotechnology company that invests in regenerative therapies for the hair and skin.