Al Qa’im has been closed since the Syrian war began A major crossing point between Syria and Iraq is finally set to reopen, as... 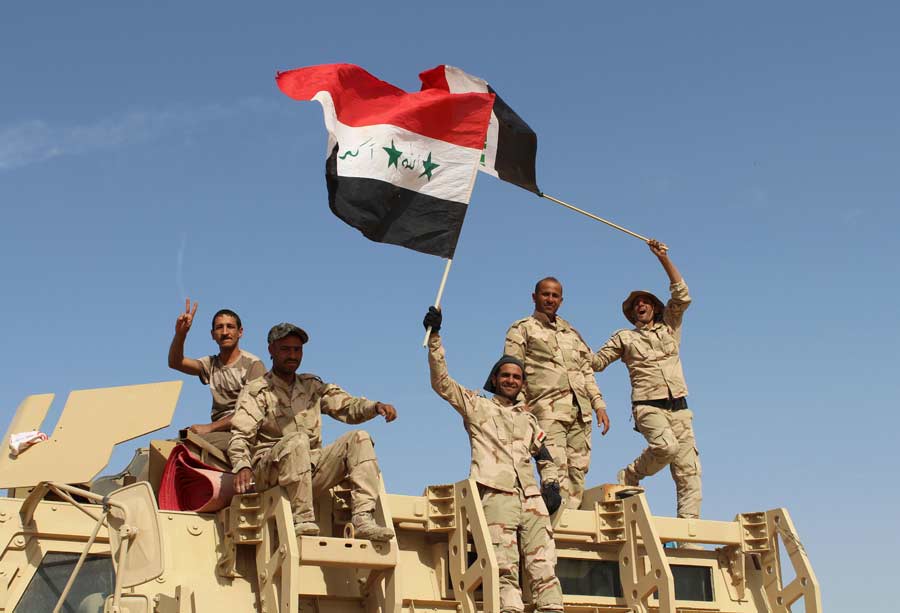 Al Qa’im has been closed since the Syrian war began

A major crossing point between Syria and Iraq is finally set to reopen, as the latter’s Anbar Provincial Council announced on Sunday the allocation of some $1.25 million to restore to operation Al Qa’im border crossing.

The crossing is one of the Middle East’s vital supply routes, connecting the town of Abu Kamal in northeastern Syria’s Deir ez-Zor Governorate, to the city of Husaybah, in the Anbar Governate’s Al Qa’im District.

The passage was closed in 2011 due to the hostilities between the Assad regime and Syrian rebels. In 2014, it was captured by the Islamic State, which was expanding in Deir ez-Zor Governorate at the time.

Fadel Abu Ragheef, an Iraqi security expert, explained to The Media Line that Iraq bordered five countries, and that all of those frontiers were now protected, except for the one with Syria.

“It’s unsafe and the Syrian government doesn’t control it[s side],” Abu Ragheef noted. “The Syrian arena isn’t stable, as a variety of [armed] movements and groups operate within the Syrian system.”

He stressed that in addition to the “pragmatic” need to open the Al Qa’im crossing point to connect Baghdad with the region, “we have Iran as well as the Syrian government both pressuring Iraq to reopen it.”

Abu Ragheef added that there would be an exceptional deployment of Iraqi military forces to the site in order to prevent terrorist attacks, as well as the entry of terrorists from Syria.

“The reopening of the crossing point has a significant importance for the Syrian economy, which is suffering because of the violent activities there,” he said. “The increase in trade will help Damascus, not Baghdad.”

On several occasions, top senior military and political officials in both Syria and Iraq have emphasized the need to reopen at least one of the three major crossing points along the 385-mile-long border.

According to Iraq’s Al Sumaria TV, Farhan Mohammed al-Dulaimi, a member of the Anbar Provincial Council, stated that due to the stability and secured situation in Anbar’s cities, the central and local governments decided to reopen the crossing, “after securing all routes to it, to the capital Baghdad and to other provinces of Iraq.”

Dulaimi affirmed that opening Al Qa’im would create jobs, in addition to facilitating the return of trade between the nations.

Muhannad, a Syrian media personality who asked The Media Line to withhold his name for security reasons, confirmed that the areas controlled by the Syrian government were much more stable now. “However, the northern part of Syria is dangerous, as there are many battles and conflicts,” he qualified.

Nevertheless, Muhannad said that opening the crossing would not have a major affect on Iraq’s security situation.

Regarding the economic ramifications, he explained that in areas controlled by the Syrian army basic commodities were available, although they remain expensive. “[The economic situation is] better than the other areas, but it’s difficult as most factories and companies are still not functioning or operating properly.”

Muhannad said that opening Al Qa’im would help enormously in encouraging trade and normal life in Syria. “The reopening will move the situation. It will impact positively on all of the Syrian society’s segments, as our economy is connected with the economies of neighboring countries.”

Hisham al-Hashmi, an Iraqi security analyst, told The Media Line that there was no significant danger for Iraq. “I don’t think the crossing point is going to be targeted with terrorist activities, as it located away from [the major fighting in Syria].”

Hashmi said that opening the crossing was very important, as it would facilitate the transportation of goods between the two countries. It will also allow humanitarian assistance and services to be delivered to Syrians in refugee camps, while permitting the “transfer home of Iraqi migrants and refugees who are in Syria.”