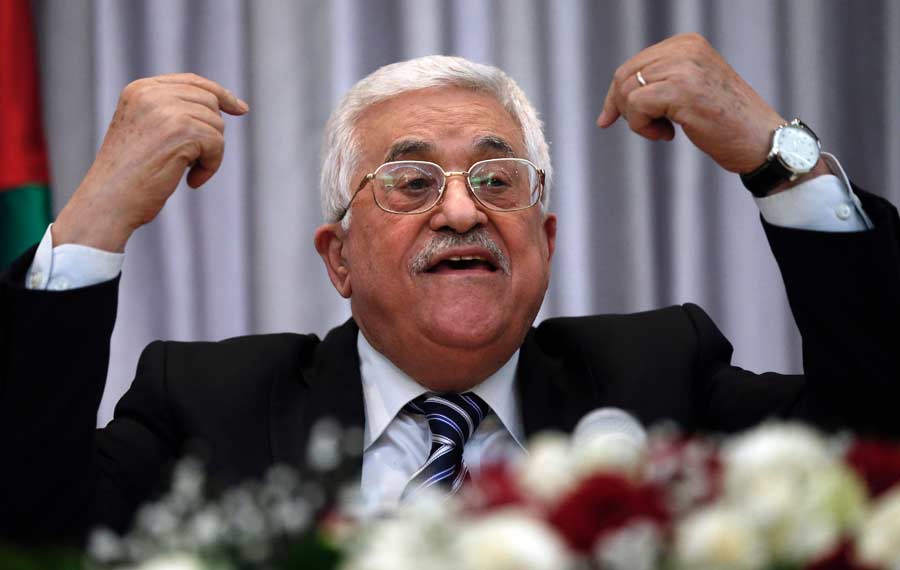 According to a new poll, confidence in Abbas is low, with more than 60% demanding his resignation and only a little more than a third wanting him to stay. If elections were held in which President Abbas would stand against Hamas leader Ismail Haniyyeh, the result would be very close.

The findings are startling as the Palestinian president’s popularity continued to decline according to the poll conducted by the Palestinian Center for Policy and Survey Research (PCPSR) of Palestinian public opinion in the West Bank and Gaza Strip between September 11 and 14, 2019.

“The people hold Abbas accountable,” said Abdul Sattar Kassem, former political science professor at An-Najah University in the West Bank. Kassem argues that bad governing by the PA is to blame for these numbers.

“The authority is its own worst enemy.  There is financial corruption, administrative corruption and social issues, injustice to people, high taxes, bullying by PA security.”

The results show that about three quarters of the public are dissatisfied with the performance of the Palestinian Authority and political factions towards Israel’s demolition of buildings in the Wadi al-Homs neighborhood near Jerusalem. The majority believes that President Abbas’s response to the demolition, threatening to suspend all agreements with Israel, is not appropriate. Three-quarters of the Palestinian street believe that Abbas’s decisions are nothing but a media maneuver to appease people and absorb their anger over the PA’s failure to stand up to Israel and prevent it from demolishing buildings in areas under PA control. About 80% of those surveyed believe that the leadership will not follow through on their threat and won’t implement any of the decisions.

Elected in 2005, his first term ended in 2009. But because no elections have taken place since, Kassem says Abbas “lacks legitimacy” and his lost credibility with the people.

“Since 2005 until now Abbas made many promises that he never delivered on. With all of his threats to stop all agreements with Israel, to [threaten to] stop security coordination, it’s all talk and no action. He doesn’t have a clear strategy when it comes to dealing with Israel.”

Domestically, Prime Minister Mohammad Shtayyah didn’t fare well, either, and is yet to win public confidence.

When questioned about US, Israel and Saudi Arabia’s enemy Iran, the majority of Palestinians, especially in the West Bank, do not see Iran as a Palestinian friend or ally, although the majority, both in the West Bank and in the Gaza Strip, believe that Iran has a military power capable of defeating Israel if there was a war between them.

Mohammad Hadyeh, a Palestinian political analyst, and CEO of ACT for Alternative Dispute Resolution in east Jerusalem told The Media Line that the findings should sound the alarm in Ramallah.

“These results are extremely dangerous and it reflects a major shift in the internal Palestinian opinion.”

Hadyeh explains that the Palestinian people no longer take seriously the decisions of their leadership, and Palestinian leadership must self-reflect in order to continue ruling.

“This is a very dangerous indicator and an indication of the desperate need for a self-review of the Palestinian leadership,” Hadyeh says the PA has only one option, “The PA leadership must work to regain the trust of the people; it must act on its threats and stop all agreements with Israel.”

Nearly two-thirds say the Palestinian leadership should reject the plan even without seeing the details because it would certainly be bad. More than 80% of the public say they reject the ideas put forward by US Ambassador to Israel David Friedman to give the Palestinians autonomy instead of an independent and sovereign state, and up to 70% oppose ending PA boycott of the US administration.