A Historic Concert in Riyadh

Al-Riyadh, Saudi Arabia, October 17 If a K-pop band’s recent concert in Riyadh had been held in any other city, there would have been... 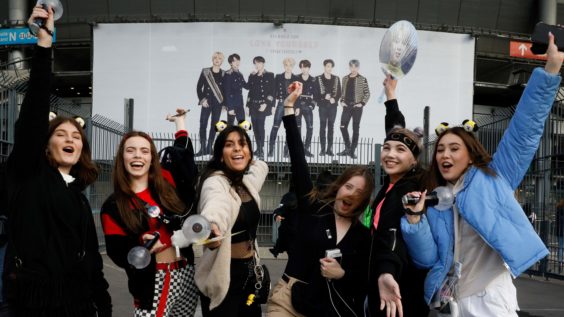 If a K-pop band’s recent concert in Riyadh had been held in any other city, there would have been no fuss. At best, the local media would have covered it in the Arts section. Perhaps there would have been a short interview with one of the band members airing alongside a clip highlighting the concert the next day. None of this would have attracted a large crowd. But the situation we witnessed in Riyadh was exceptional. Forty years ago, the residents of Riyadh would not have been able to attend a single concert, let alone one put on by Korean superstars. The last time I saw a concert was in the Saudi club Al-Nasr on Al-Khazzan Street. It happened sometime during the seventies, when Saad Ibrahim and a number of young artists performed in small clubs, awaiting their turn to become stars. In 1979, they were on the lookout. I don’t think there is a single person in Riyadh who didn’t talk about the Korean band this week. I truly believe that the day will come when people look back at this event and celebrate this concert as a major milestone in the history of the kingdom. Just like the Chinese have the “Year of the Dog,” the “Year of the Pig,” the “Year of the Tiger” and so on and so forth, the Saudi people can now look back at the “Year of the K-pop.” When the King Fahd Stadium shut down after reaching its maximum seat capacity, I thought that was an exaggeration. But it turned out to be true. Our younger generation is truly reinventing our country. May God bless the young people who lead Saudi Arabia, headed by Prince Mohammed bin Salman. – Abdullah Bin Bakhit (translated by Asaf Zilberfarb)