A divided UN Security Council on Wednesday failed to condemn an attack on a detention centre for migrants in Libya after the United States... 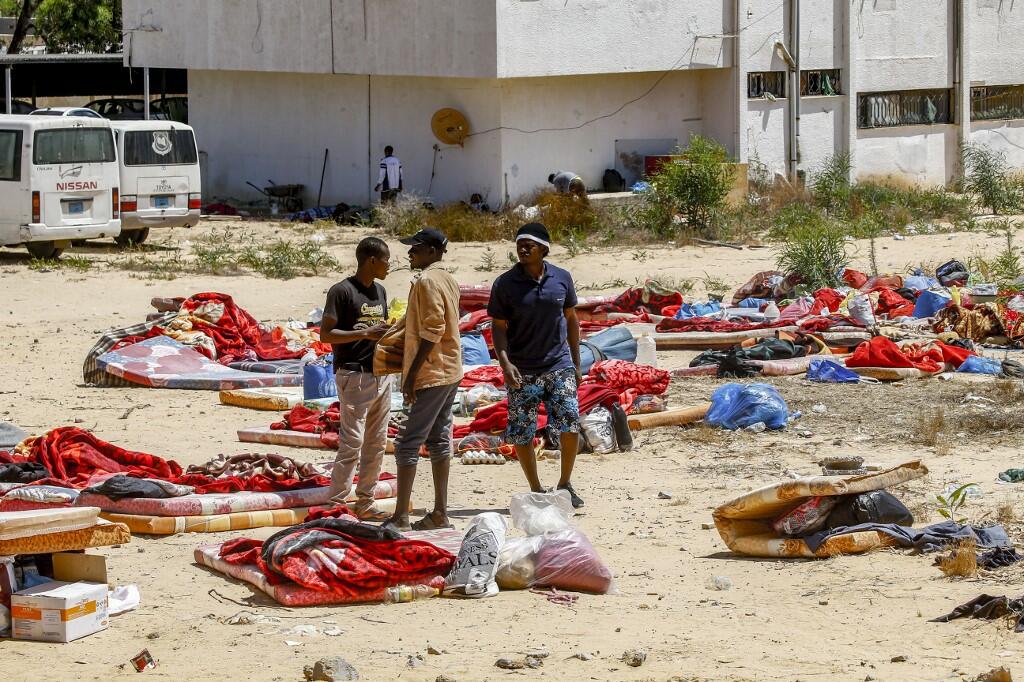 A divided UN Security Council on Wednesday failed to condemn an attack on a detention centre for migrants in Libya after the United States did not endorse a proposed statement, diplomats said.

During a two-hour closed-door meeting, Britain circulated a statement that would have condemned the deadly airstrike blamed on commander Khalifa Haftar’s forces, called for a ceasefire and a return to political talks.

But US diplomats told the meeting that they required a green light from Washington to approve the text and the talks ended without US approval, sources told AFP.

At least 44 people were killed when the airstrike hit the Tajoura detention centre late on Tuesday and more than 130 were severely wounded, according to the UN.

Peru’s Ambassador Gustavo Meza-Cuadro, whose country holds the council presidency, told reporters that discussions were continuing on the press statement but council diplomats said they did not expect a response.

Haftar, who holds sway in eastern Libya, launched an offensive in April to seize Tripoli, seat of a UN-recognised government that is backed by various militias.

World powers have been divided on how to respond to Haftar’s military campaign, with the United States and Russia refusing to back UN calls for a ceasefire.

The proposed statement would have called on warring sides to “immediately de-escalate the situation and commit to a ceasefire”.

The government of national accord, based in Tripoli, said Haftar’s forces were responsible for the strike on the detention centre.

A US State Department statement released in Washington earlier condemned the “abhorrent” airstrike but did not call for a ceasefire.

UN Secretary-General Antonio Guterres earlier said he was outraged and called for an independent investigation into the deadly strike.

He recalled that the United Nations had shared the coordinates of the detention centre with the warring sides to ensure that civilians sheltering there were safe.

Haftar, who enjoys the support of US allies including Saudi Arabia and the United Arab Emirates, denied responsibility and blamed the government for the raid.

Speaking in Benghazi, a spokesman said the LNA was a “responsible army” and its commander-in-chief had given orders not to target “any governmental, private or public institutions”.

Instead, General Khaled Elmahjob claimed the site had been used by an opposing militia, and suggested they may have placed detained illegal immigrants at the site to use them as human shields.

“They do not care about violating human rights. They are uncontrolled groups. They do not follow the humanitarian rules,” he said.

President Donald Trump, who is close to Saudi Arabia, raised eyebrows in April when he spoke to Haftar by telephone and praised his role in “fighting terrorism and securing Libya’s oil resources.”

But the United State still officially backs the internationally recognized government in Libya, which has been torn by conflict since the Western-backed uprising in 2011 toppled dictator Muammar Qaddafi.