79% of Arab youth believe religious institutions must be reformed – survey

Two-thirds of Arab youth believe religion plays too big of a role in the Middle East, with 79 percent calling for a reform of...

Two-thirds of Arab youth believe religion plays too big of a role in the Middle East, with 79 percent calling for a reform of religious institutions, according to the results of the latest ASDA’A BCW Arab Youth Survey.

The results of the annual survey, which has been running since 2008, were released on Tuesday. It includes 3,300 face-to-face interviews with Arab youth aged 18 to 24 years. 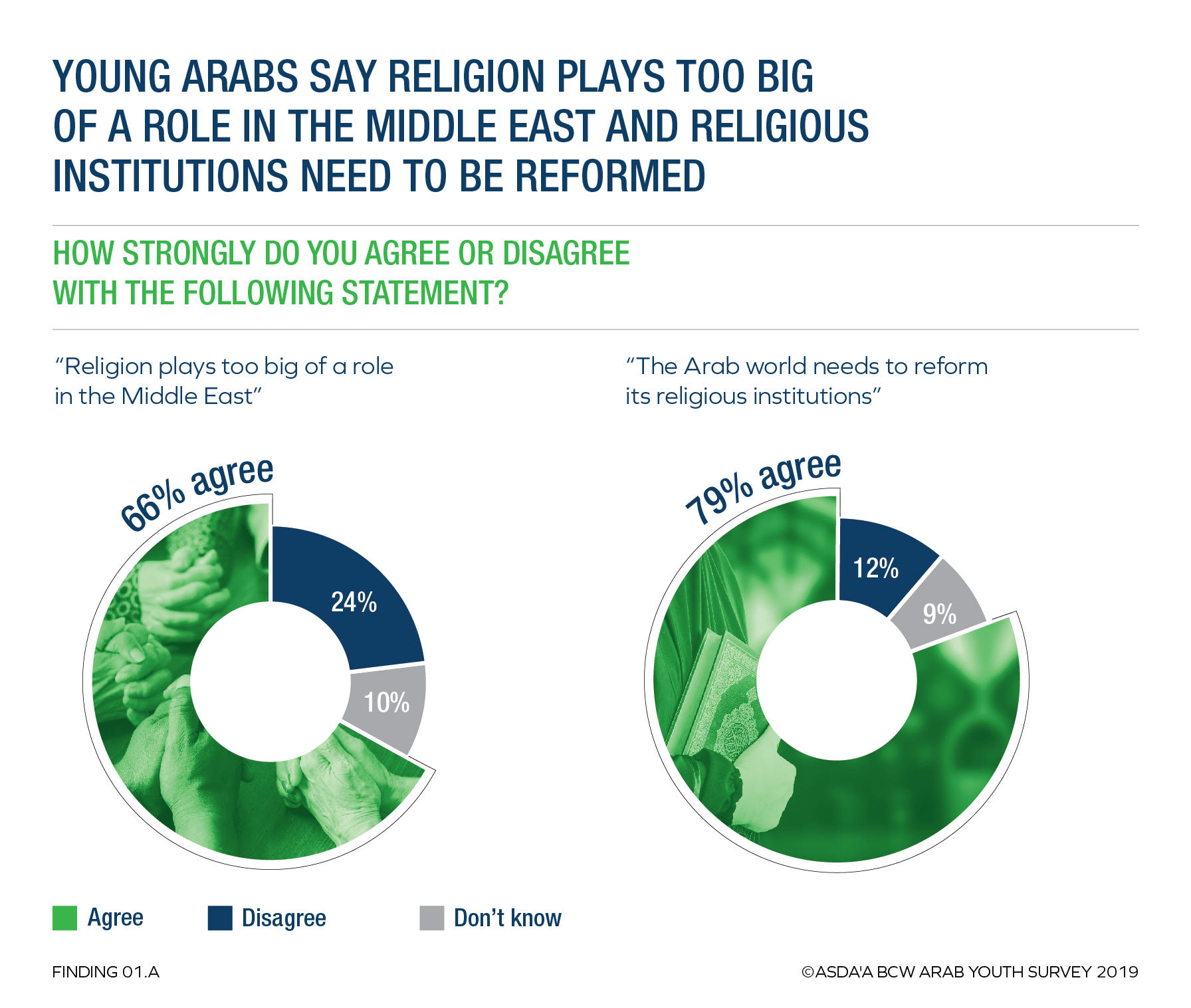 The results show that the belief that religion plays too big a role in Arab society is on the rise among the region’s young people.

The sentiment that religion was holding back the Arab world was strongest in the Levant region, with 61 percent of respondents agreeing with the view, compared to 45 percent in the GCC countries. 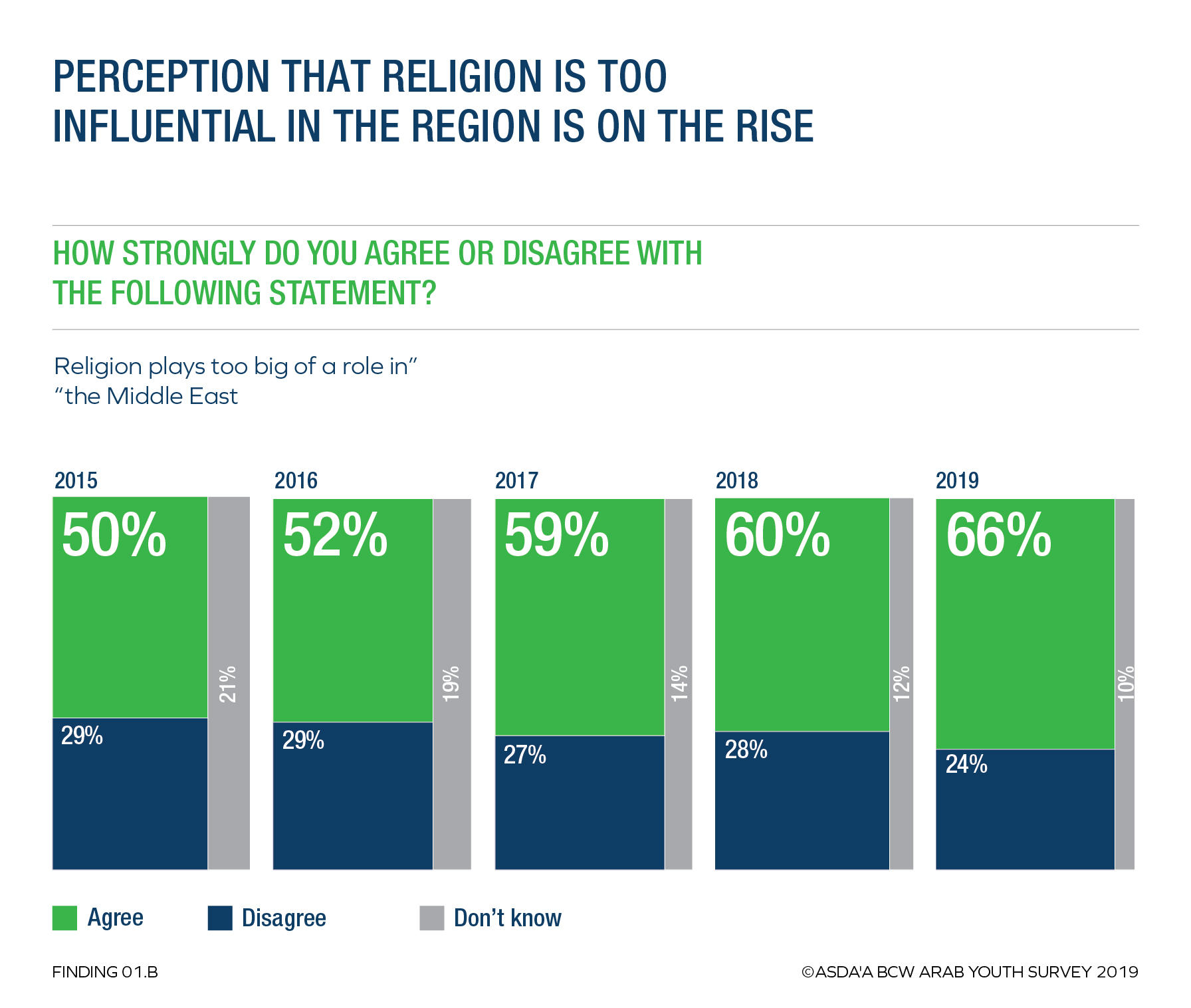 Dr. Mohammad Shahrour, a professor of civil engineering at the University of Damascus and one of the leading researchers in contemporary reading of the Quran, said the results demonstrate an “intellectual dilemma plaguing this generation”. 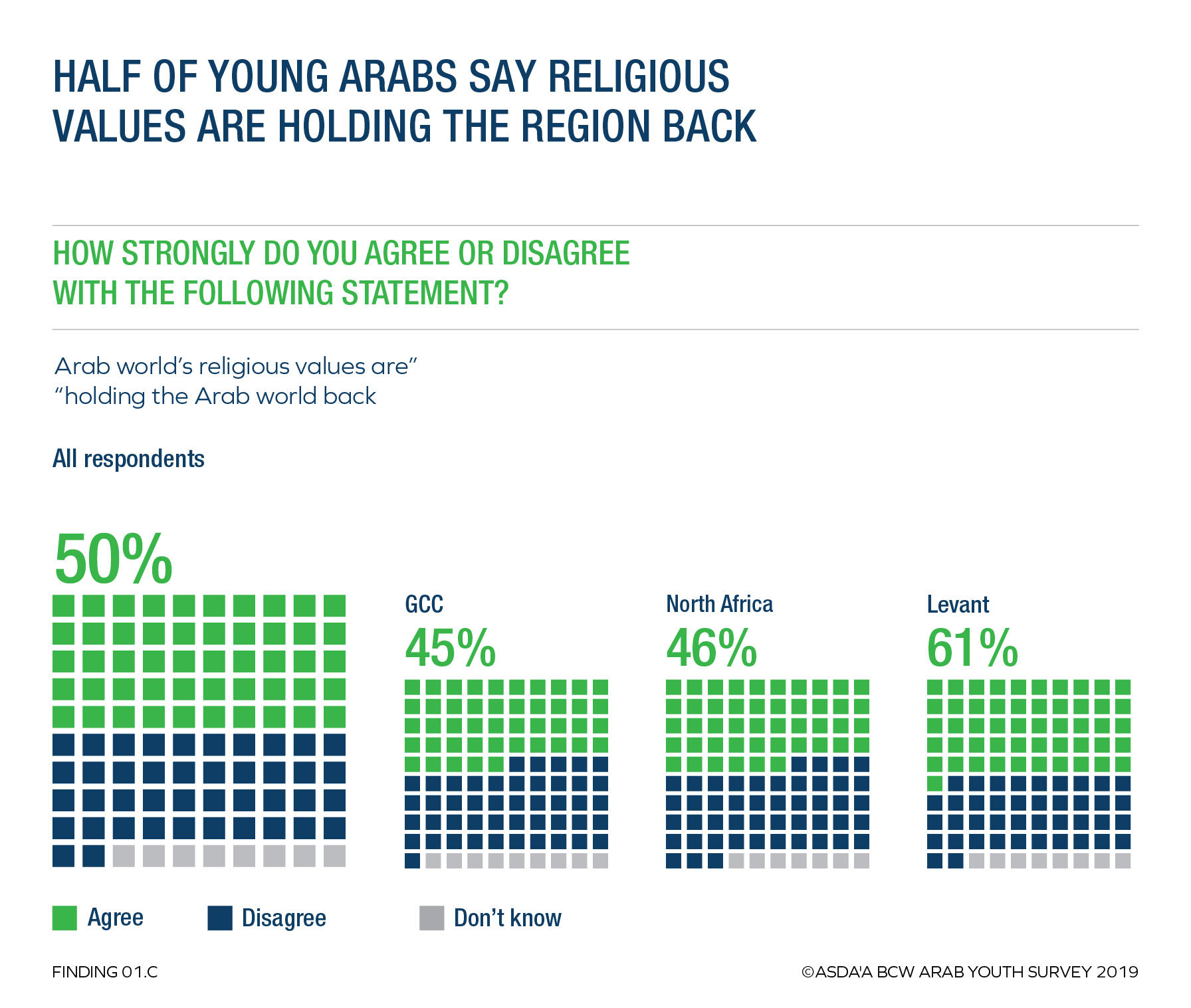 “While we see urgency and necessity in fulfilling these calls for reform, religious institutions and leaders turn a deaf ear, quite regrettably, to such demands, under the pretext of safeguarding religion.

Reform could very well be the best approach to preserving and sustaining the faith,” he said in an opinion piece accompanying the results. 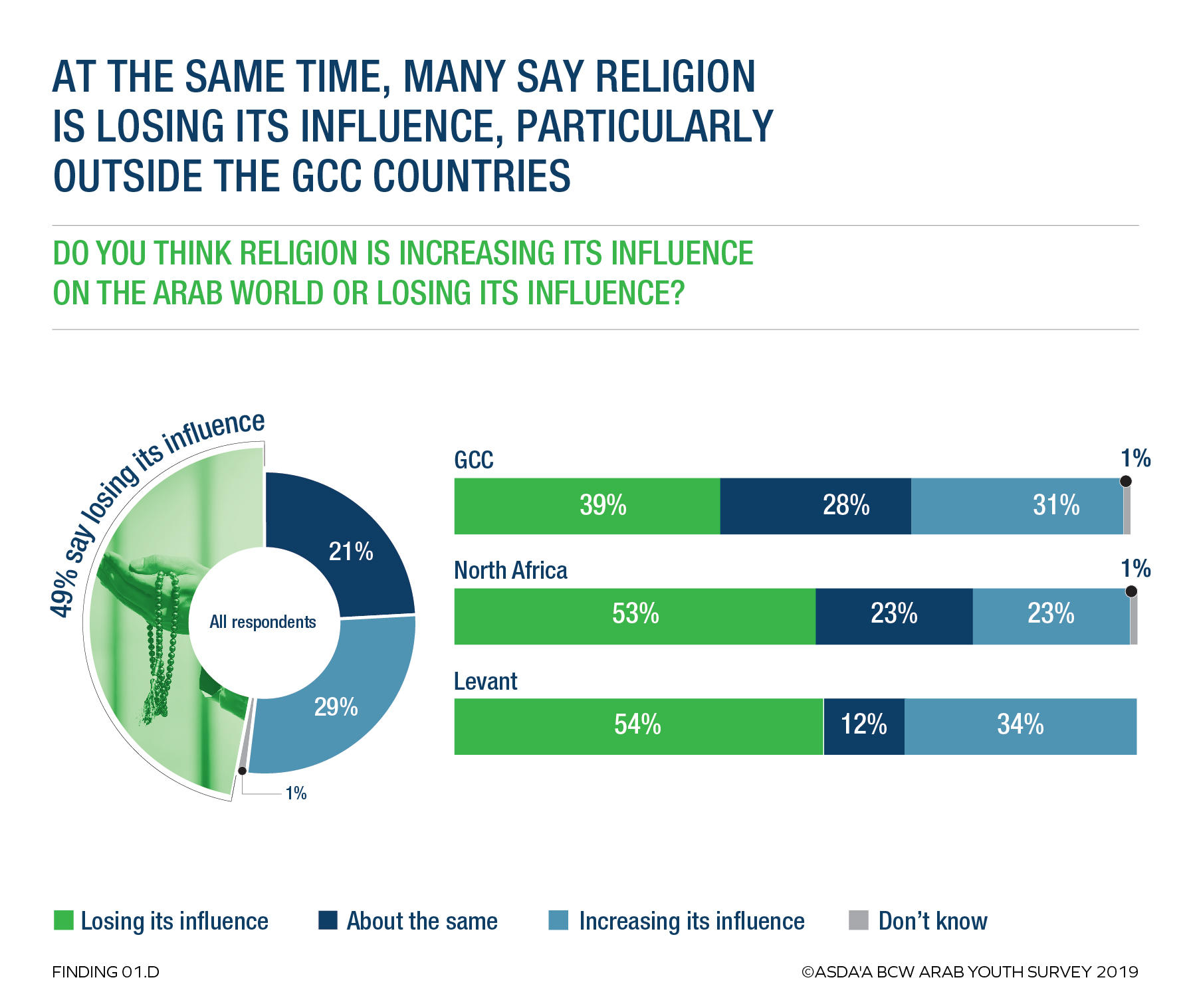