Attacks on two Christchurch mosques left at least 49 dead on March 15, with one gunman — identified as an Australian extremist — apparently... 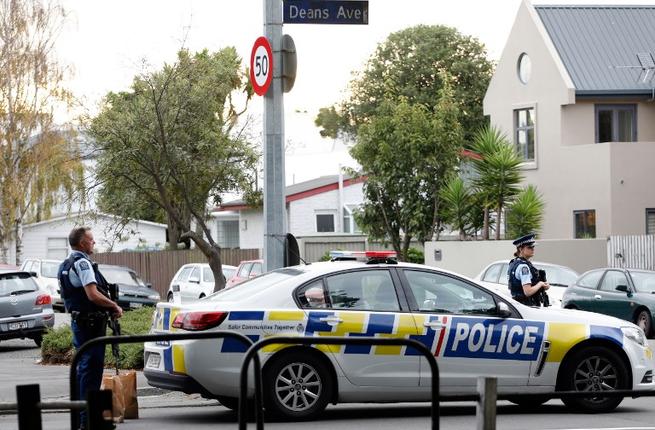 Attacks on two Christchurch mosques left at least 49 dead on March 15, with one gunman — identified as an Australian extremist — apparently livestreaming the assault that triggered the lockdown of the New Zealand city. Tessa BURROWS / AFP

At least four people were taken into custody after Friday’s armed attacks at two mosques in New Zealand, police said.

On Twitter, police confirmed that there have been a number of fatalities, adding: “So far, four people, three men and a woman, have been taken into custody after being apprehended by police.”

New Zealand police asked all mosques across the country to shut their doors after attacks.

“We ask all mosques nationally to shut their doors, and advise that people refrain from visiting these premises until further notice.”

Police continue to respond to an “ongoing serious and tragic firearms incident” in Christchurch, it said, adding: “We can confirm that Police have been dealing with two shootings at two mosques in Christchurch one at Deans Avenue and one at Linwood Avenue.”

This article has been adabted from original source.