Officials from the Ministry of Social Affairs and Labor are trying to find a solution to the plight of about 4,000 workers – most... 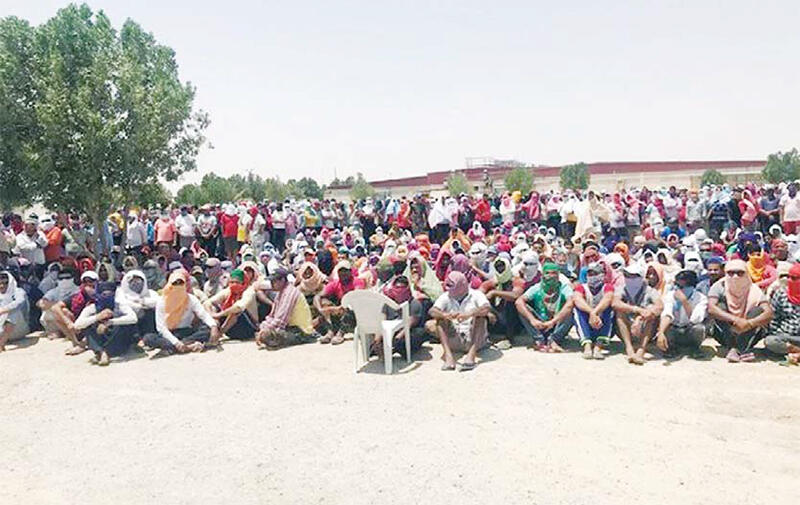 Officials from the Ministry of Social Affairs and Labor are trying to find a solution to the plight of about 4,000 workers – most of them Asians – who claim they have not been paid their salaries for the past four months and have been organizing a peaceful sit-in morning and evening at the Sheikh Jaber Al-Ahmad Stadium – Kilo 55 road, reports Al-Anba daily.

The workers say they have not been paid for four months while the company officials when questioned on the issue say they are waiting for money from companies to pay workers’ arrears of more than 10 million dinars.

In the meantime, the daily said when the Operations Room of the Ministry of Interior was informed of the workers gathering, so police patrols rushed to the area to prevent any escalations.

Some of the workers also claimed that they are staying illegally in the country because the company has not renewed their residence permits. It is noteworthy to mention that the company where the expatriates work is one of the contracting companies which has a contract with the Kuwait Oil Company.