35 Muslim Pilgrims Died in a Bus Collision in Medina

Dozens of Muslim pilgrims were killed and four others injured when a bus collided with another heavy vehicle near the holy city of Medina,... 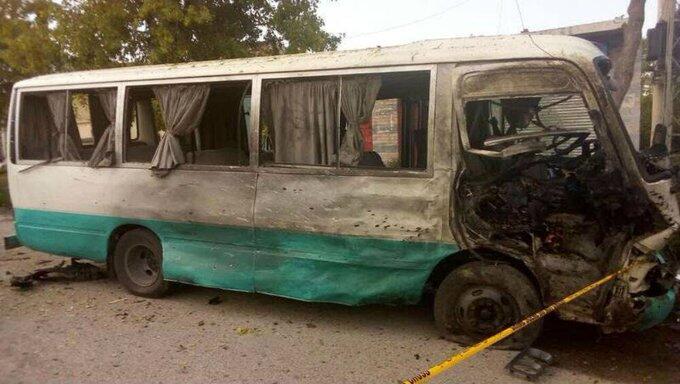 Dozens of Muslim pilgrims were killed and four others injured when a bus collided with another heavy vehicle near the holy city of Medina, Saudi state media said on Thursday.

The accident on Wednesday evening involved a collision between “a private chartered bus… with a heavy vehicle” near the western city, a spokesman for Medina police said, according to the official Saudi Press Agency.

So far, 35 have been announced dead.

Those involved were Arab and Asian pilgrims travelling from Medina to Mecca, according to local media, which carried pictures of the bus engulfed in flames and with its windows blown out.

The injured were transferred to Al-Hamna Hospital, SPA added. Authorities have launched an investigation.

The Okaz newspaper said that the victims were expatriates who lived in the kingdom and who were performing the umrah – the lesser pilgrimage to the Muslim holy places, which can be undertaken year round.

This year some 2.5 million Muslims travelled to Saudi Arabia from across the world in August to take part in the annual Hajj pilgrimage.

The Hajj and the Umrah centre on Mecca and its surrounding hills and valleys, in the west of the kingdom, but the itinerary also often takes in the other holy city of Medina.

Last year, a high-speed train line was opened linking Mecca and Medina in just two and a half hours, halving the previous travel time.

Prince Faisal bin Salman, the governor of Medina region, expressed his condolences to the families of the victims, SPA said.

The nationalities of the victims was not known but Indian Prime Minister Narendra Modi also sent his condolences.

“Anguished by the news of a bus crash near Mecca in Saudi Arabia. Condolences to the families of those who lost their lives. Praying for a quick recovery of the injured,” he tweeted.

Transporting worshippers around the holy sites, particularly during the Hajj, is a huge challenge for Saudi Arabia. During the pilgrimage, the roads can be chaotic with thousands of buses creating interminable traffic jams at all hours.

Four British pilgrims were killed and 12 others injured in April last year when their bus collided with a fuel tanker while they were on the way to Mecca.

And in January 2017, six Britons, including a two-month-old baby, were killed in a minibus on their way to Medina after making a pilgrimage to Mecca.

In September 2015, a stampede killed up to 2,300 worshippers – including hundreds of Iranians – in the worst disaster ever to strike the hajj.

Earlier that month, 100 people were killed when a construction crane toppled into a courtyard of Mecca’s Grand Mosque.

As part of efforts to diversify its oil-dependent economy, the ultra-conservative kingdom wants to foster a year-round religious tourism sector that attracts millions of pilgrims.

Up until last month, it only issued visas to Muslim pilgrims, foreign workers and recently to spectators at sporting or cultural events, but tourists are now allowed to visit as part of the drive to prepare the biggest Arab economy for a post-oil era.