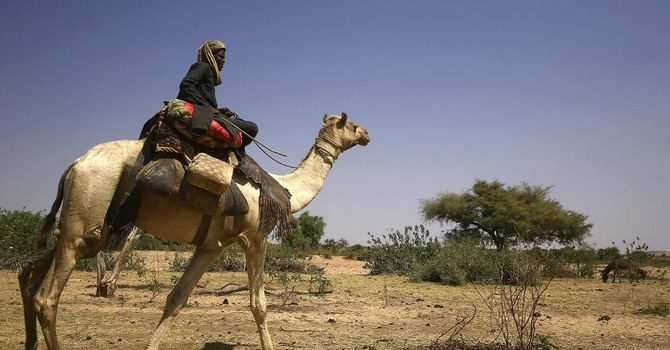 Darfur1 Sudan8
KHARTOUM: At least 35 people have been killed in days of fighting between herders in Sudan’s western Darfur region with more than a thousand... 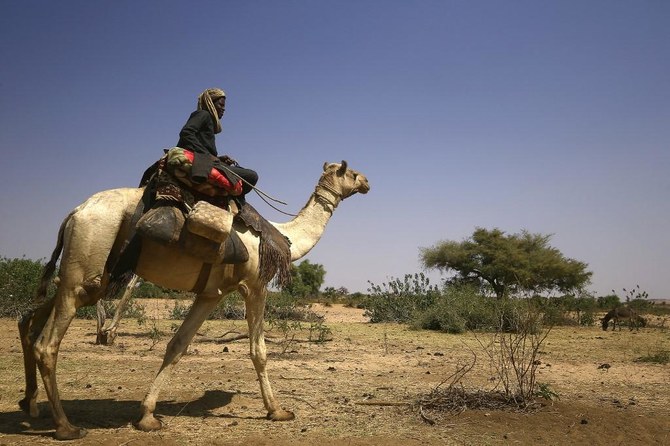 KHARTOUM: At least 35 people have been killed in days of fighting between herders in Sudan’s western Darfur region with more than a thousand homes set on fire, officials said Thursday.
The violence broke out on November 17 between armed Arab herders in the rugged Jebel Moon mountains close to the border with Chad, said Omar Abdelkarim, Sudan’s Humanitarian Aid Commissioner in West Darfur state.

“The clashes left more than 35 people dead on both sides,” he said. “Around 16 villages have been completely burned down.”
West Darfur governor Khamis Abdallah said the violence was sparked by “a dispute over camel looting,” and that “military reinforcements have been sent to the area and the situation has stabilized.”
Some people have fled west seeking safety across the border to Chad, he added.

Darfur was ravaged by a civil war which erupted in 2003, that pitted ethnic minority rebels complaining of discrimination against the Arab-dominated government of Omar Al-Bashir.
More than 300,000 people died and 2.5 million were displaced, according to the United Nations.

Bashir, who is wanted by the International Criminal Court to face charges of genocide in Darfur, was ousted and jailed in April 2019 following mass protests against his three-decade rule.
While the main conflict in Darfur has subsided, with a peace deal struck with key rebel groups last year, the arid region has remained awash with weapons and violence often erupts over land, access to agriculture or water.

A UN peacekeeping mission wound up in the Darfur last year.
The latest clashes come against a backdrop of political turbulence, as Sudan reels from the aftermath of a military coup last month that drew wide international condemnation and sparked mass protests.
On October 25, top general Abdel Fattah Al-Burhan overthrew the country’s post-Bashir transitional government and detained the civilian leadership.

On Sunday, Prime Minister Abdalla Hamdok was freed from effective house arrest and reinstated, after signing a deal with Burhan that was viewed by critics as “whitewashing” the coup.