300 More US Troops to Mexico Border to Stop Migrants

The Pentagon says it is likely to send about 300 additional troops to the US-Mexico border who will be in contact with migrants, a... 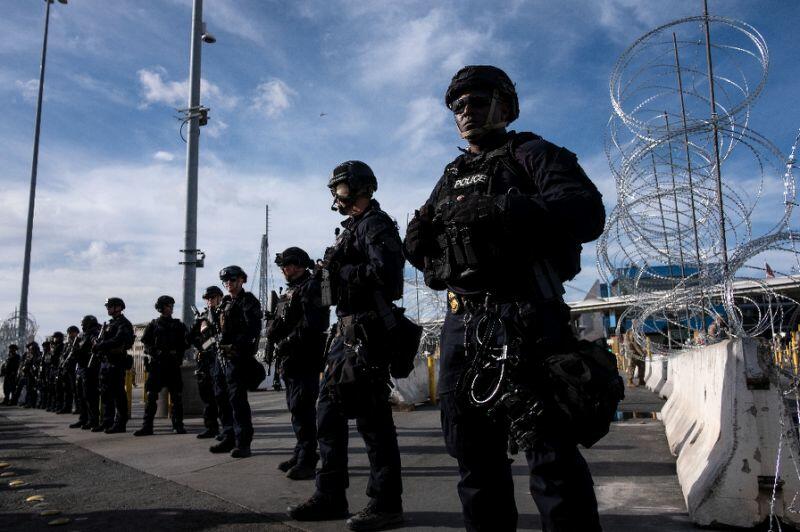 The Pentagon says it is likely to send about 300 additional troops to the US-Mexico border who will be in contact with migrants, a move marking a break from past policy.

The new troops will have roles such as driving buses with detained migrants and providing meals to them. In addition, Department of Defense lawyers would be sent there to help process the migrants.

“We have Border Patrol stations where (they) are literally overwhelmed with migrants, so we’re merely delineating the fact that we will have some of our troops handing out meals and therefore would come in contact with migrants,” Pentagon spokesman Charlie Summers said on Friday.

Summers said Acting Defense Secretary Patrick Shanahan was expected to approve the proposal, developed after the department received a call from the Department of Homeland Security (DHS) for more military assistance.

Nearly 2,900 active-duty troops are currently at the border supporting DHS besides around 2,000 National Guard troops.

The Pentagon previously estimated that the total number of forces deployed to the border over the coming months would exceed 4,000.

President Donald Trump first ordered a troop deployment to the border in October last year to stop members of a Central American migrant caravan from illegally crossing into the United States.

The border troop deployment was one of several issues on which Trump and former defense secretary Jim Mattis disagreed before he quit in December after Trump’s shock decision to pull troops from Syria.

Trump has made his hard-line stance on immigration an integral part of his presidency and has promised to build a wall along the US-Mexican border to curb the flow of migrants from Mexico and Central America.