3 Scientists Get Nobel for Cosmic Discoveries, Planet Outside Solar System

The Nobel Prize in Physics for 2019 on Tuesday was awarded to three scientists for their focus on the cosmos and the discovery of... 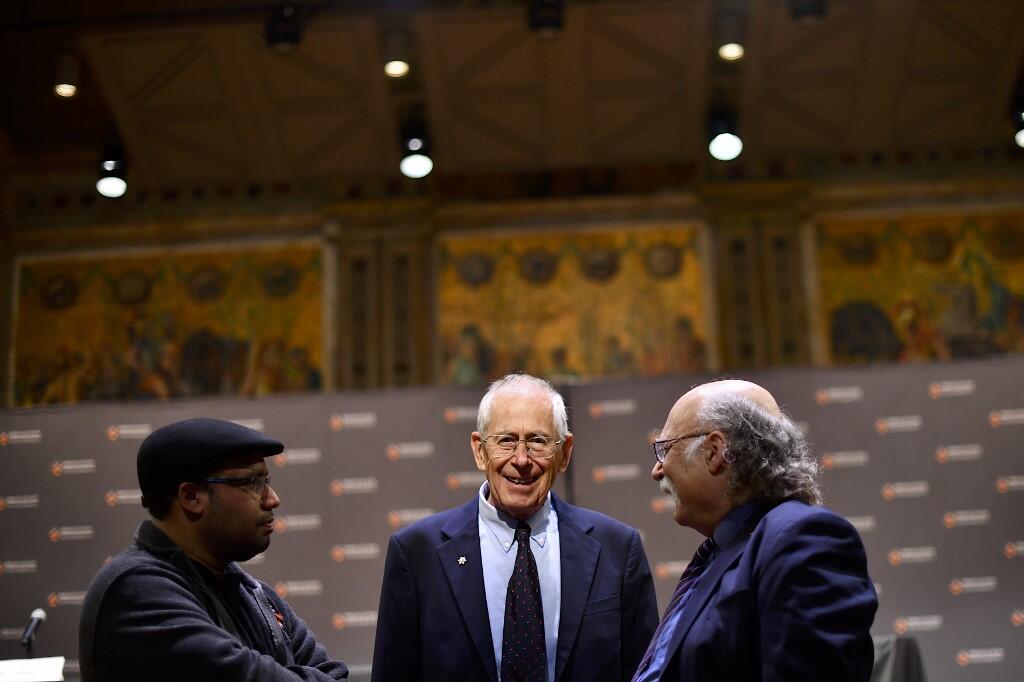 The Nobel Prize in Physics for 2019 on Tuesday was awarded to three scientists for their focus on the cosmos and the discovery of a new planet outside the solar system.

The prize was given to James Peebles for his “theoretical discoveries in physical cosmology” and Michael Mayor and Didier Queloz “for the discovery of an exoplanet orbiting a solar-type star.”

The Nobel laureates represent “groundbreaking discoveries” in the field of science and astronomy, said Mats Larsson, professor of molecular physics and chair of the Nobel Committee for Physics.

“The last few decades have brought remarkable progress about our understanding of the universe and our place in it.”

Peebles discovered cosmic background radiation in 1965, which led to a greater understanding of the dark components of the universe, which have been around since the Big Bang.

“Through his work and new ways to observe and measure our universe, cosmology evolved into a science of precision,” Larsson said.

Fifty-four years after his discovery, Peebles said there are still many questions remaining about dark matter and the role it plays in expanding the universe.

“We still must admit that the dark matter and dark energy are mysterious,” Peebles told the Royal Swedish Academy of Sciences.

Peebles was born in Canada and has spent his career at Princeton University, where he’s an Albert Einstein professor of science.

In 1995, Mayor and Queloz discovered the first exoplanet, 51 Pegasi b, while at the Haute-Provence Observatory in southern France.

“This was a revelation that forever changed our view of the Earth’s place in the universe,” Larsson said. “Since then, more than 4,000 exoplanets have been found. Recently, earth-like planets with the possibility to host life have been discovered.”

“At the time I didn’t think at all it was a planet,” Queloz said.