Rescuers search the remains of a ferry after it capsized due to bad weather in the waters of central Philippines on Saturday Rescuers... 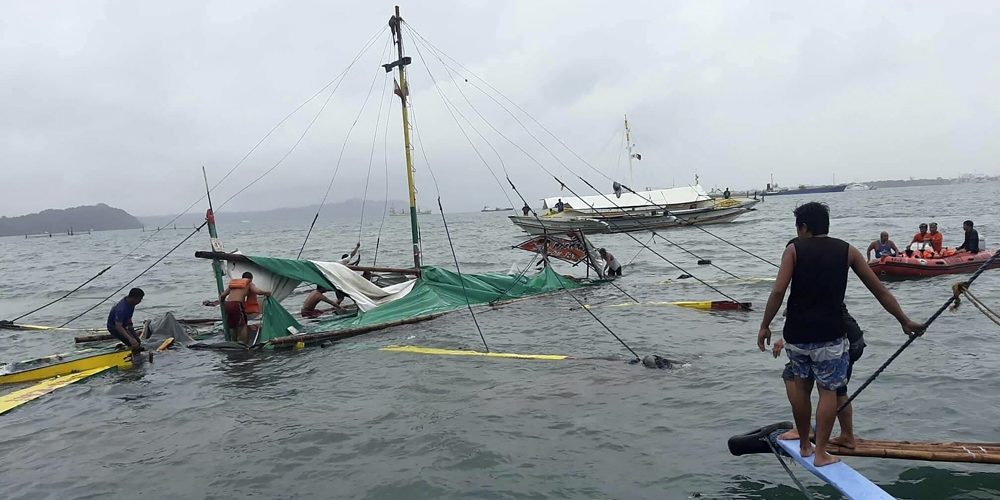 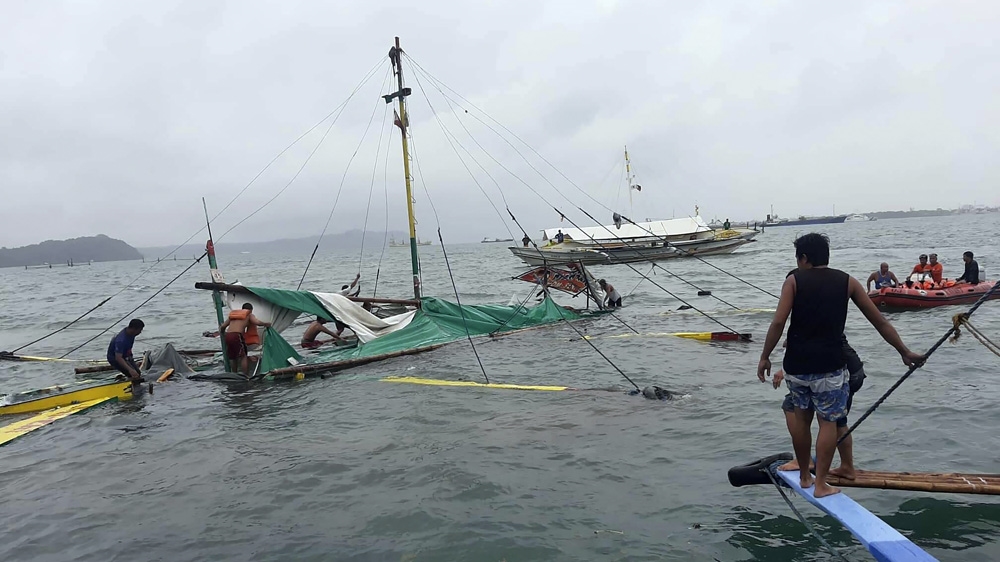 Regional police spokesman Joem Javier said on Sunday the dead were mostly passengers of two ferries that flipped over the previous day in sudden gusts of wind and powerful waves off the Guimaras and Iloilo provinces.

Fifty-five other passengers and crew were rescued.

The third ferry, which was not carrying any passengers, capsized in the Iloilo Strait – but its four crewmen survived, Javier said.

Survivors recounted how the sky suddenly turned dark midway through their trip, followed by strong winds and rain that battered their ferries.

Forecasters have warned of heavy monsoon rains, thunderstorms and rain-triggered landslides amid a tropical depression more than 1,000 kilometres off the country’s eastern coast.

Classes and work were suspended in metropolitan Manila on Friday and Saturday amid heavy rains and flooding, which caused intense traffic jams in low-lying areas in the capital.

The Southeast Asian archipelago nation has a poor shipping safety record, with scores of people dying in maritime accidents every year – usually aboard boats that move people from one small island to another.

About 20 typhoons and storms batter the Philippines annually.