23rd Asian Athletics Championships to be held in Doha, April 21-24

By Sports Reporter/Doha Doha is set to welcome Asia’s top athletes in a month’s time when the Qatari capital plays host to the 23rd... 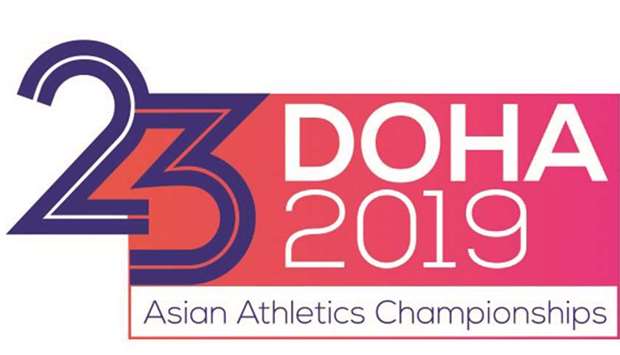 Doha is set to welcome Asia’s top athletes in a month’s time when the Qatari capital plays host to the 23rd Asian Athletics Championships from April 21-24 at the state-of-the-art Khalifa International Stadium.
The latest edition of the continental athletics showpiece brings together nearly 1,000 athletes and up to 450 officials from 45 countries, who will compete for top honours in the world’s most populous continent.
“I’m thrilled to welcome Asia’s elite athletes to Doha, the global hub for athletics, where our outstanding facilities promise to deliver a flawless experience for everyone involved in the event,” said Dahlan al-Hamad, President of the Asian Athletics Association and Vice President of the International Association of Athletics Federations.
“Qatar is about to embark on an enthralling summer of first-class athletics with the IAAF Diamond League and IAAF World Athletics Championships to follow as top athletics events staged in Doha. There is no better way to test our preparations for such major events than hosting the Asian Athletics Championships,” al-Hamad added.
The four-day tournament takes place at the iconic Khalifa International Stadium where innovative and environment-friendly cooling technology has been successfully operating, ensuring optimal conditions for athletes and fans alike.
Over morning and evening sessions in which participating athletes will compete for 186 medals in 21 men’s events, 21 women’s events in addition to a mixed relay event that makes its debut in the Asian Athletics Championships.
The tournament will see the usual continental powerhouses go head-to-head for the number one spot in Asia’s athletics. After an initial period of Japanese dominance over the championship, China has taken over as undisputed champion for 17 consecutive editions until it was unseated by last edition’s hosts and eventual winners, India.
With top Asian athletes descending on Doha from the different regions of the continent, the 23rd Asian Athletics Championships will surely produce promising athletes who can then return to Doha in September and shine on the global stage when the city hosts the IAAF World Athletics Championships.
“It’s a great honour to welcome some of the finest athletes in the world to Doha for yet another major athletics event. As always, our facilities and infrastructure are ready to help athletes compete at their best and deliver an amazing atmosphere for fans of the game in Qatar and the region,” said Qatar Athletics Federation President Dr Thani bin Abdulrahman al-Kuwari.
Along with the Diamond League round in May, Asian Athletics Championships will be the official test event of the IAAF World Athletics Championships, with all major operations, including the venue, transport and accommodation, set to be examined to ensure a smooth and spotless experience during the global showpiece.
Doha has a proven track record of bringing international athletics to the region by staging the annual Doha Diamond League, World Indoor Athletics Championships in 2010 and Asian Games in 2006.