2020 Budget Will Not Fix Lebanon’s Economy

Prepared by previous government, plan ‘does little to alleviate country’s dire financial situation,’ they say The 2020 Lebanese state budget approved by the legislature... 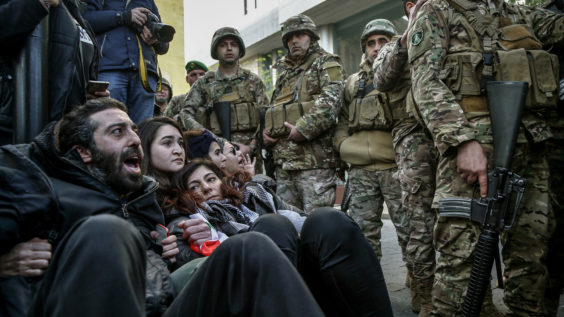 The 2020 Lebanese state budget approved by the legislature this week, which forecasts a 6% deficit, will not solve the country’s economic crisis, experts say.

“Usually, the [current] government prepares the budget and discusses it. The new government [recently sworn in] only discussed it,” he said.

Haber explains that this irregularity is due to the fact that Prime Minister Hassan Diab, who assumed office on January 21, faces severe time pressures.

“They have a set time period to pass the budget. Otherwise, they would have to use the budget for 2019, which the international community wouldn’t accept,” he said in a reference to the $11 billion in soft loans and grants other countries pledged in April 2018 if Lebanon fulfilled certain conditions, including steps to eliminate corruption.

Lawmaker Ibrahim Kanaan, chairman of the Finance and Budget Parliamentary Commission, said such steps were taken into account for the new budget.

“Every sort of public and government institution… was placed under the scrutiny of the Court of Audit… as was every public expenditure,” he told The Media Line, explaining that this “brings accountability and transparency to Lebanon at the highest levels.”

While Kanaan says that most of the 20 trillion Lebanese pound ($16b.-17b.) budget would go toward government salaries, servicing the gross public debt of $89.5b. and shrinking the deficit, he explained that the government was spending $700 million less than last year and would not reduce services to citizens.

Lebanon’s public debt is equal to more than 150% of the country’s GDP, one of the highest ratios in the world. Unemployment is rampant.

“Public services won’t be reduced because we believe that there was a lot of accumulated overspending from over the years that has not been scrutinized for some time,” Kanaan said.

“The significant fiscal cuts,” he continued, “will help Lebanon in this time of crisis. There are some reforms that will help account-holders at the banks, and some other reforms will bring in more revenues.”

Many Lebanese are paid in dollars. Since October, a cash shortage has meant that commercial banks have allowed account holders to withdraw only a few hundred dollars a week and have blocked most transfers abroad.

However, Haber said that taxes were the biggest issue with the budget, as they might not generate as much revenue as the government expects.

“One problem is they are not sure if they can collect money from the various taxes. This is the most important thing. Second, there are a lot of taxes in this budget,” he said.

Kanaan feels the 2020 budget lays the groundwork for more reforms to come.

“All in all,” he said, “it’s a starting point that will be completed by the government taking measures in the future.”

Kanaan said these measures include changes to public-private partnership (PPP) laws to improve services, and laws to curb corruption. Four or five of these steps are nearly finalized and will be pursued next month.

Nevertheless, Marwan Mikhael, an economist and lecturer at Saint Joseph University in Beirut, said the severe economic distress in the country was not truly being addressed.

“The issue… is that the previous government that prepared the budget didn’t want to take any action regarding the crisis, so it is left to the current government,” he told The Media Line.

Demonstrators in the streets, who want the entire political system changed, are not pleased.

“The protestors know that this budget was prepared by the previous government,” Mikhael said.

He added that to fix the economy, the government needed to, among other things, cut interest rates, end the free exchange of Lebanese pounds into US dollars – which is what caused the shortage of American currency – and establish new public regulatory bodies for sectors such as electricity and commercial aviation.