1st-timers Texas Tech and Virginia face off for NCAA title

MINNEAPOLIS (AP) — For Virginia and Texas Tech, doing something that had never been done before took hard work, dedication, determination — and vision.... 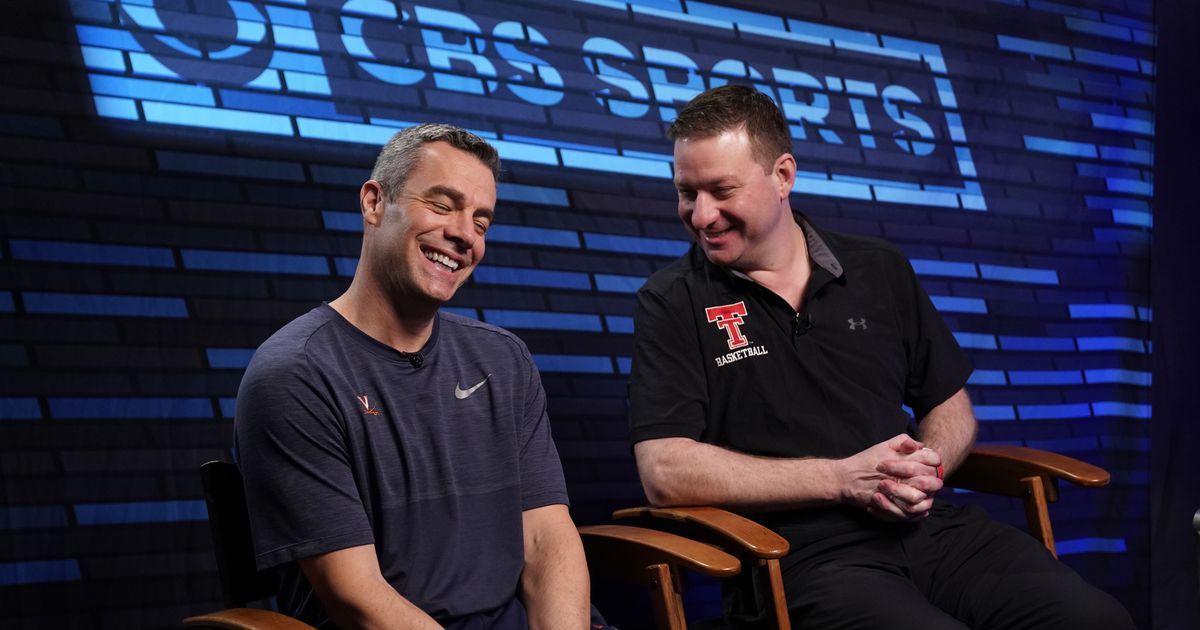 MINNEAPOLIS (AP) — For Virginia and Texas Tech, doing something that had never been done before took hard work, dedication, determination — and vision.

The Cavaliers and Red Raiders meet in the NCAA Tournament championship game Monday night. Neither program has ever been this close to a title, making it a rare matchup of first-timers to the final game of the college basketball season. The last time both teams in the championship game had never been there before was 40 years ago, when Magic Johnson and Michigan State beat Larry Bird and Indiana State.

Between the Red Raiders (31-6) and Cavaliers (34-3), a first-time champ is guaranteed. The last one of those was crowned in 2006, when Florida won the first of back-to-back titles.

College basketball’s hierarchy, blue bloods in an array of shades from Duke to Kentucky, North Carolina to Kansas, is difficult to crack. Getting here started with Virginia coach Tony Bennett and Texas Tech’s Chris Beard believing it could be done.

In less than a decade, Beard has gone from coaching in the semi-pro ABA to Division III, then II, and then a couple of seasons at Arkansas Little Rock before landing in Lubbock. The Red Raiders basketball history is solid but unspectacular. Texas Tech was where Bobby Knight landed after the volatile Hall of Fame coach wore out his welcome in Indiana. He took Texas Tech to the NCAA Tournament four times in the 2000s. Pretty good, but Beard expected much more.

“Our goal has never been to make a tournament. It’s been to win the tournament,” Beard said. “It’s easy to talk about, and really, really hard to do. But that’s where we started this whole thing, was just trying to have the expectations and the vision where we could be relative.”

Texas Tech reached the Elite Eight for the first time last season. This season, with a mostly rebuilt team around star Jarrett Culver, the Red Raiders shared the Big 12 regular-season title for the first time and are now on the cusp of an unlikely championship.

Bennett’s belief he could challenge the Atlantic Coast Conference’s Tobacco Road powers came from his father, Dick Bennett. The Badgers hadn’t been to a Final Four in more than 50 years, when Dick Bennett coached them there in 2000 using a methodical style.

“Can you go and take a team and build your program in a way that you think is best and compete against the best?” said Bennett, in his 10th season at Virginia. “There’s a way that I know works — or that I believe works. So when you get in those spots, you hope, you have a vision and you hope, but you never truly know. When you come in and say, ‘This is going to happen. We’re going to be a Final Four team, or we’re going to win the ACC.’ You believe it, and you hope it, and then you just go to work.”

Tony Bennett took his father’s blueprint and turned Virginia into a perennial ACC contender, going toe-to-toe with Duke and North Carolina, but not until this season were the Cavaliers able to break through — doing so on the strength of two improbable last-second plays. And just a year after suffering the most stunning upset in NCAA Tournament history, losing as the top overall seed to No. 16 seed UMBC.

Defense is the calling card for both the Cavaliers and Red Raiders, but Bennett is quick to point out, they are not similar when it comes to X’s and O’s, only results. By KenPom’s points allowed per 100 possessions, Texas Tech is ranked No. 1 in the country and Virginia is fifth. The betting total for this game was paltry 118 on Sunday.

“I would like to think so,” Tech’s Brandone Francis said. “It’s like I love eating ice cream, no different than playing defense.”

This NCAA championship game might not lure in the casual fan, looking for one-and-done stars, iconic coaches and fast-paced 3-balling offenses like the ones Villanova used to win two of the last three titles.

“I think if you’re a basketball fan you’ll really enjoy the game,” Virginia’s Braxton Key said. “If you’re just kind of a highlight fan this isn’t the game to watch.”