10 Technologies to Transform the Middle East Over the Next Decade

From artificial intelligence to autonomous vehicles, transformative science and technology has driven impactful change across the GCC countries in recent years. With regional governments... 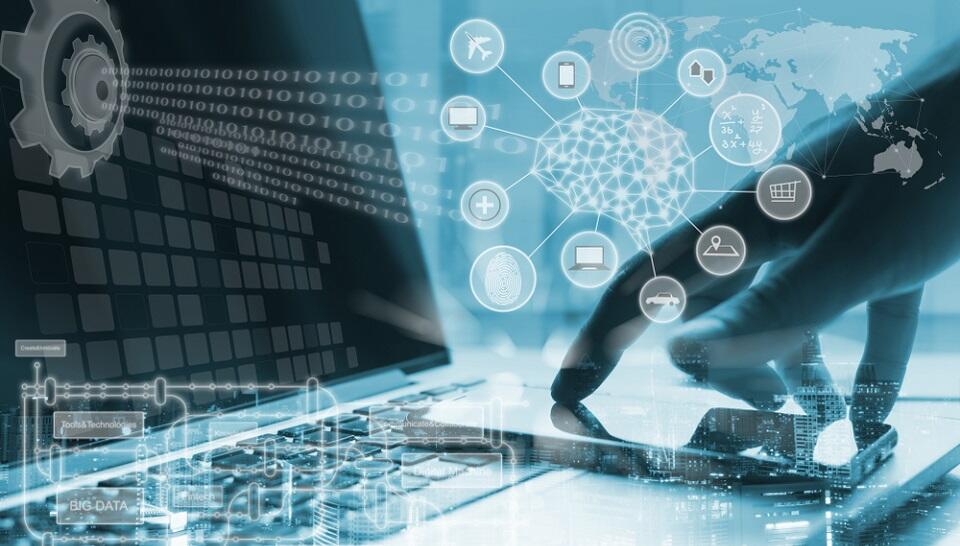 From artificial intelligence to autonomous vehicles, transformative science and technology has driven impactful change across the GCC countries in recent years.

With regional governments now set to reduce oil dependency through policy and regulation change, the Industrial Revolution 4.0 and the phenomenon of the Internet of Things (IoT) is now rife among all sectors in the region. Organizations are on board to make structural changes through the usage of advanced and innovative technology.

But while many of the innovations that promise to shape the region in the coming years are still new, and sometimes experimental, others are widely known, even if not yet in common use.

MEED, the region’s leading business intelligence provider looks at 10 technologies set to transform the Middle East over the next decade.

Global investment in high-capacity batteries is transforming the market for renewable energy. The large-scale adoption of alternative energy has long been hampered by the unreliable, inflexible nature of its major sources, the wind and sun. The problems caused by intermittent energy production can only be solved by developing effective storage solutions; batteries that can store energy at peak production times for later deployment.

A significant drop in the prices of lithium and vanadium – essential battery components – in addition to improvements in battery efficiency, are enabling large scale adoption of energy storage facilities.

Abu Dhabi’s recent launch of the region’s first Grid Scale Battery Deployment and the world’s largest Virtual Battery Plant is indicative of the region’s commitment to diversifying its energy supply.

The initial caution of governments in GCC to digital payments and financial technology (fintech) is beginning to abate and the first online payments were made across the region in 2018, following a series successful trials of the technology that persuaded authorities to relax regulation. With limited access to banking facilities, an estimated 86 per cent of adults in the region (Reuters) do not have a bank account. This, coupled with an increase in the mobile phone capabilities makes the MENA market a real opportunity for fintech investment. Research company MENA Research Partners estimated the fintech market in the MENA region to be worth US$2 billion in 2018 and it is expected to reach US$2.5 billion by 2022.

There is a growing realisation that complex systems such as oil fields, electricity grids, building sites and entire cities can be managed more effectively if siloed data can be combined on a single platform. New remote sensor technology can provide critical real-time data, allowing managers to make quick, informed decisions and increasingly intelligent software is being developed to automate complex processes. Internet of Things (IoT), which is a convergence of technologies such as remote sensors, machine learning and real-time analytics is central to the development of these smart, digital ecosystems.

The GCC has been a global frontrunner in the uptake of autonomous driving, with UAE leading the way. The Dubai Future Foundation in partnership with Dubai Roads and Transport Authority (RTA) launched the Dubai Autonomous Transportation Strategy which aims to make 25% of Dubai transportation autonomous by 2030, saving USD 6 billion annually. The RTA is currently conducting tests to decide the winners of the Dubai World Challenge for Self-Driving Transport, which are focused on the provision of first/last Mile transportation.

In May this year, Emirates Telecommunication Company, Etisalat, launched the region’s first 5G enabled smartphones. The new 5G networks transfer data 20 times faster than 4G, have a bigger capacity, are more reliable. This vital development is needed to support the emerging ecosystem of digital technologies including IoT, smart cities, cloud computing and autonomous vehicles. According to Globaldata, the number of mobile network subscriptions in the MENA region is expected to be 15.8 million by 2023.

Shift away from traditional fuel sources to free up crude oil for higher value products and export sees an increase in demand for alternative energy sources. One of the most promising alternative fuels is hydrogen, which can be produced using solar photovoltaic technology. This will be showcased at Expo 2020 by the use of fuel-cell vehicles that run on hydrogen generated at a solar-driven hydrogen electrolysis facility at Mohammed bin Rashid Solar Park.

7. Using AI to make the most of VR and AR

Initially gaining popularity through the gaming industry, augmented and virtual reality (AR and VR) are increasingly being used for training, marketing and problem solving. VR systems can have powerful applications when combined with artificial intelligence (AI). For example, it could be possible to develop a microscope that can highlight cancerous cells, or the dashboard of a vehicle that can detect hazards and alert the driver using signals on the dashboard.

Electric Vehicles (EVs) potentially are among the most transformative of all emerging technologies, delivering a change as significant as the move from horse-drawn carts and internal combustion engines in the early 2oth century. While electric milk floats and golf buggies have been widely used since the middle of the 20th century, huge leaps forward in battery capacity and materials technology have brought EVs to the edge of becoming mainstream modes of transport. Their benefits in terms of reducing carbon emissions and energy conservation could be huge. Technical challenges ranging from development of electricity charging infrastructure through to battery capacity and safety capabilities remain to be overcome however before EVs they will become our primary mode of transport.

By 2025, the global 3D printing market is expected account for an annual spend of over $20bn. The Middle East is recognising the potential of additive manufacturing, with Dubai leading the trend with its 3D printing strategy, announced in April 2016, which set the ambitious target of all constructing 25 per cent of new buildings using additive manufacturing. The sectors that could see the most benefit from the technology are healthcare – for joints, teeth, medical and training equipment, aerospace, consumer manufacturing and construction.

Increasing population, extreme climate conditions and political and economic instability are putting food security in the Middle East high on the political agenda. With the region importing over 50 per cent of its food, governments are looking to boost local production using soil-free methods of farming that are 70 per cent more water efficient than traditional methods and use fewer chemicals. New, vertical farming techniques that require less space can be adopted in urban areas to bring production closer to the consumers.

With these new technological trends disrupting the market, MEED introduces the third edition of the MEED awards, assessing companies on their initiatives in becoming more technologically advanced. Powered by Parsons (Strategic Construction Partner) and Acwa Power (Official Power & Water Partner) the MEED awards is due to close its submission deadlines by the end of this week.