10 Players to Watch at Africa Cup of Nations

The Guardian Sport’s list of potential stars of the tournament, which kicked off in Egypt on Friday, also includes the hosts’ hero Mohamed Salah.... 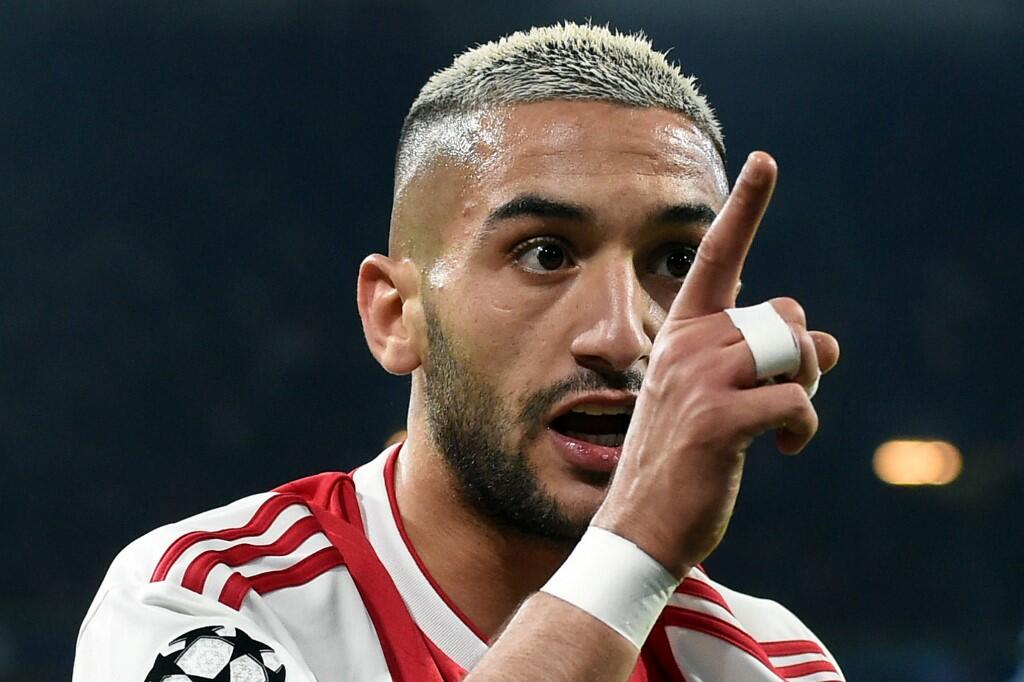 The Guardian Sport’s list of potential stars of the tournament, which kicked off in Egypt on Friday, also includes the hosts’ hero Mohamed Salah.

Hakim Ziyech (Morocco)
A brilliant season for Ajax has alerted some of Europe’s biggest sides to the playmaker’s talent, with the 26-year-old notching 21 goals and 24 assists for his club last season. Having turned down the chance to play for the Netherlands in 2015 after representing several of their youth sides, he has flourished for Morocco under manager Hervé Renard – scoring 14 times in his 25 appearances – and heads to Egypt looking to make up for the disappointment of last year’s group-stage exit at the World Cup. Much may depend on whether the strikers Khalid Boutaïb or Youssef En-Nesyri can share the burden but they will not be lacking for chances with Ziyech in the team.

Mohamed Salah (Egypt)
The poster boy for the tournament is aiming to complete a fairytale season for club and country with victory on home soil. It’s almost a decade since the Pharaohs won their seventh Afcon title in Angola and the pressure will be on their Mexican coach Javier Aguirre after last year’s under-par performance under Héctor Cúper at the World Cup. The Liverpool forward’s goals hold the key to their chances in a squad that is otherwise solid if unspectacular but starts as the bookmakers’ favorites.

Ismaïla Sarr (Senegal)
While the attention will rightly be on the threat of Sadio Mané following his outstanding season for Liverpool, opposition sides would do well not to forget about the next off the Génération Foot production line. Watford reportedly had a £30m bid for the 21-year-old winger rejected this month, with Rennes holding out for more than £40m amid rumored interest from Arsenal and La Liga. Senegal will be expected to come through their group but will need Sarr, Mané and their star defender Kalidou Koulibaly to be at their best to reach the semi-finals for the first time since 2006.

Amadou Diawara (Guinea)
Guinea’s hopes of emulating the class of 1976 by reaching the final could rest largely on whether the captain Naby Keïta can recover full fitness for the business end of the tournament, although his midfield partner could have something to say about that. Diawara endured a frustrating season under Carlo Ancelotti at Napoli – starting only eight matches in Serie A – and has been tipped to follow Keïta to the Premier League this summer, with Tottenham among the sides linked. A strong showing in Egypt could persuade them to take a chance on a player who almost ended up playing for Italy after moving there aged 16 and made his Champions League debut two years later.

Wilfred Ndidi (Nigeria)
Nigeria’s challenge under their German manager Gernot Rohr is to win a fourth African title with a squad containing 11 players aged 23 or under. With only three players remaining from the squad which won the title in 2013, Ndidi has emerged as the natural leader of the new generation that also includes Stoke’s Peter Etebo, Moses Simon of Levante and Bordeaux’s Samuel Kalu. Mikel John Obi is still the captain but the Leicester midfielder sets the tempo for the Super Eagles these days.

Nicolas Pépé (Ivory Coast)
Lille’s winger is on Bayern Munich’s radar after scoring 23 goals in Ligue 1 last season and Ivory Coast, with Crystal Palace’s Wilfried Zaha in the same side, could be the team to watch. The coach, Ibrahim Kamara, still needs to find a system that suits both, with Pépé usually deployed on the right for his club. Expectations may be lower than in the days of Dider Drogba and Yaye Touré but a combative midfield featuring Milan’s Franck Kessié should ensure the Elephants are in the mix in the latter stages.

André Onana (Cameroon)
The Ajax No. 1 claimed in May that black goalkeepers “have to work harder” to earn their reputation in Europe and he has certainly done that over the past two years. Following Cameroon’s illustrious history of shot-stoppers that includes Thomas N’Kono, Joseph-Antoine Bell and Carlos Kameni, the 23-year-old moved to Barcelona as a teenager after coming through Samuel Eto’o’s academy in Douala but has made his name in the Netherlands. The Indomitable Lions are not rated among the favorites, although with Onana they will always feel they have a chance.

Amadou Haidara (Mali)
Mali’s reputation as a conveyor belt of talent shows no signs of slowing and Haidara is the standout star of a squad that contains no players over the age of 30. The all-action midfielder was eased into RB Leipzig’s first team after joining from Red Bull Salzburg in December for €19 million, making four starts in the Bundesliga, but is capable of dictating matches. Porto’s Moussa Marega could be the main beneficiary if Haidara can find his passing range. The teenagers Cheick Doucouré and Sékou Koïta are tipped to have big futures.

Mbwana Samatta (Tanzania)
The first player from east Africa to win CAF’s domestic-based African player of the year award has fired Tanzania to their first Africa Nations Cup since 1980 and will attempt to carry the form that saw him score 23 goals for Genk as they won the Belgian title. Samatta followed in the footsteps of such luminaries as Daniel Amokachi, Vincent Kompany and Youri Tielemans by winning the Ebony Shoe for the best African or African-origin player in the league and will be vital to the Taifa Stars’ chances under the former Nigeria winger Emmanuel Amuneke.

Riyad Mahrez (Algeria)
The pressure is on Les Fennecs to deliver after a disappointing few years that have seen results fail to do justice to the quality of the players. Algeria have only reached one Afcon semi-final since winning the tournament in 1990 and will need Mahrez to recapture some of his magic to stand a chance of going all the way. The 28-year-old was dropped by the former coach Lucas Alcaraz after the failure to qualify for the last World Cup and has shown only glimpses of his ability in his 40 caps. He should be relatively fresh given he started only 14 Premier League matches for Manchester City last season.